Pachuca journey to Estadio Cuauhtémoc on Saturday for the Liga MX (Apertura) showdown with home side Puebla.

Our full set of predictions, statistics and match poll for Puebla v Pachuca can be seen below - as well as up-to-date odds.

Puebla will be hoping for a better result following a 2-1 Liga MX (Apertura) losing effort in their last game against Tigres de la UANL.

In that match, Puebla had 50% possession and 17 attempts on goal with 6 on target. The scorer for Puebla was Santiago Ormeño (57'). On the other side, Tigres de la UANL had 6 shots at goal with 4 of them on target. André-Pierre Gignac (6') and Eduardo Vargas (8') scored for Tigres de la UANL.

Their latest results really do illustrate the point that quality has been evident in the Puebla rearguard. Los Camoteros have been mean at the back, resulting in the total number of goals that have flown into the back of their net during their last six games standing at 4.

Their previous form shows that Puebla:

Following on from a losing effort in their last game against León in Liga MX (Apertura) action, Pachuca and their travelling fans will hope for a better result here.

During their six latest matches, Paulo Pezzolano's Pachuca have fired home a total of 6 times - giving them a goals scored per game average of 1.

Their prior results show that Pachuca:

An examination of their past head to head meetings going back to 22/10/2017 reveals that these fixtures have been disappointments for Puebla. They have not managed to get any wins at all while Pachuca have just been too good for them, running out winners in 83% of those match-ups.

An aggregate of 18 goals were yielded between them during those clashes, with 3 of them for Los Camoteros and 15 netted by Los Tuzos. That’s an average goals per game figure of 3.

The last league match between these sides was Liga MX (Clausura) match day 6 on 15/02/2020 when it finished Pachuca 1-0 Puebla.

On that occasion, Pachuca had 49% possession and 4 shots on goal with 2 of them on target. Their only player to score was Jara (44').

Puebla had 5 attempts on goal with 3 of them on target.

Puebla manager Juan Reynoso will be happy not to have any fitness worries whatsoever ahead of this game with a completely injury-free group to choose from.

Thanks to a completely healthy group to choose from, Pachuca manager Paulo Pezzolano has zero fitness worries to speak of coming into this match.

We’re of the opinion that Pachuca are dangerous enough to score a goal against this Puebla team, although it realistically won’t be as many as the goals that they could concede.

We’re predicting a tight encounter finishing with a 2-1 victory for Puebla at the end of the match. We’ll have to see what happens.

Both Teams to Score Prediction for Puebla vs Pachuca
Yes 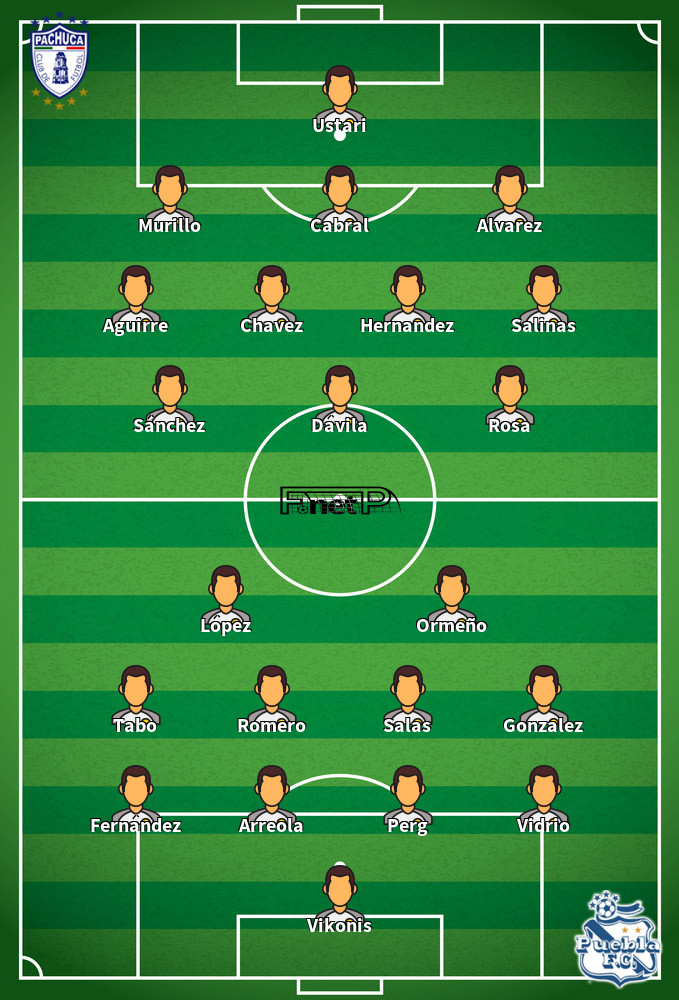 Generally taking to the field in the Striker position, Santiago Ormeño was born in Mexico City, Mexico. Having made his senior debut playing for Puebla in the 2018 - 2019 season, the talented Forward has struck 3 league goals in this Liga MX (Apertura) 2020 - 2021 season so far from a total of 3 appearances.

While we have made these predictions for Puebla v Pachuca for this match preview with the best of intentions, no profits are guaranteed. Always gamble responsibly, and with what you can afford to lose. Best of luck.