Not long now until the big Copa Libertadores semi-final face-off between Palmeiras and River Plate on Wednesday. With the incentive for the team that gets through the match being a date with the final, this really should be a really good game here.

To see all of our predictions, user poll & stats for Palmeiras v River Plate, scroll down (plus the best game odds).

Palmeiras, following on from their previous result, will be hoping for more of the same after the 0-1 Serie A victory over Sport Recife.

Their latest results highlight the fact that huge efforts have been put in by the Palmeiras rearguard. Verdão have been miserly, resulting in the number of goals that have gone in at their end during their previous 6 clashes standing at 3. We will just have to see if that trend will be continued on into this next match.

After tasting defeat last time out to Independiente in Copa de la Liga Profesional competition, River Plate and their travelling supporters will be hoping that they can get a better result in this one.

The stats tell the story, and River Plate have been scored against in 6 of their last 6 games, conceding 11 goals in all. Defensively, Los Millonarios have clearly had some problems.

Due to a completely injury-free squad ready to go, River Plate boss Marcelo Gallardo does not have any fitness worries to report before this game.

River Plate and Palmeiras may both find scoring difficult here.

With that in mind, we reckon that it will be a very close game with a 0-0 draw after 90 minutes. 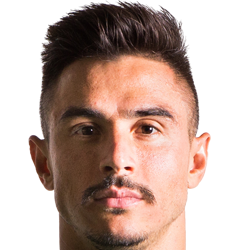 Typically taking up the Striker position, Willian was born in Três Fronteiras, Brazil. After having made a senior debut playing for Atletico PR in the 2006 season, the skilful Forward has got 6 league goals in this Série A 2020 campaign so far coming from a total of 24 appearances.

While we have made these predictions for Palmeiras v River Plate for this match preview with the best of intentions, no profits are guaranteed. Always gamble responsibly, and with what you can afford to lose. Best of luck.