Scroll down for all of our predictions, poll and stats for the Talleres v Platense game including the latest game odds.

Talleres head into this game following on from a 0-0 Superliga drawn match against Platense.

Their latest results shine a light on the fact that much solidity has been shown by the Talleres rearguard. Talleres have kept it tight, resulting in the total number of goals that have flown into the back of their net over the course of their past six outings standing at 2. Putting that to one side, it remains to be seen whether the trend might continue on here in this match.

The stats tell the story, and Platense have been scored against in 6 of their last 6 games, seeing their opponents hit 10 goals in all. In defence, Platense just haven’t been too solid at all.

Ahead of this meeting, Platense have not been beaten in their last 2 away league matches.

The last league contest featuring these sides was Superliga match day 11 on 14/09/2021 when the final score was Talleres 0-0 Platense.

The Talleres boss Alexander Medina has zero fitness concerns at all ahead of this clash with a completely injury-free group ready to go.

With a fully healthy group to pick from, the Platense boss Leonardo Madelón does not have any fitness worries to report ahead of this clash.

We feel that Platense must be fancied to score against this Talleres team, although it is unlikely to be enough to avoid defeat.

We’re expecting a 2-1 winning margin for Talleres at full-time. Looking forward to seeing how this one unfolds. 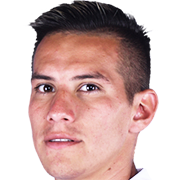 Typically taking to the field in the Right Attacking Midfielder position, Carlos Auzqui was born in Argentina. After making a first senior appearance for Estudiantes de La Plata in the 2010 - 2011 season, the dangerous Midfielder has got 3 league goals in this Superliga 2021 campaign so far coming from a total of 10 appearances.

While we have made these predictions for Talleres v Platense for this match preview with the best of intentions, no profits are guaranteed. Always gamble responsibly, and with what you can afford to lose.