Reggiana will do battle with away team Pordenone at Mapei Stadium-Città del Tricolore in the Serie B meeting on Saturday.

To see all of our predictions, user poll & stats for Reggiana v Pordenone, scroll down - as well as the best betting odds.

Reggiana will be wanting a better result here after the 2-1 Serie B loss in their previous game against Reggina.

It has not been often in recent times where Reggiana haven’t conceded. The facts show that I Granata have been scored against in 5 of their previous 6 games, letting in 8 goals on the way. With no two games being the same, it remains to be seen whether that pattern will be maintained here in this game or not.

Heading into this contest, Reggiana have not won at home in their last 5 league games. Their fans aren't happy.

In their previous fixture, Pordenone drew 2-2 in the Serie B match with Pisa.

Maurizio Domizzi's Pordenone have fired home 9 times in the course of their latest 6 matches. The total of goals that they have conceded during those same clashes equals 9.

Coming into this meeting, Pordenone haven’t won away from home in the past 6 league games.

The previous league encounter featuring these clubs was Serie B match day 16 on 30/12/2020 when it ended Pordenone 3-0 Reggiana.

Reggiana got 8 attempts at goal with 4 on target.

In our opinion, Pordenone and Reggiana could well both score and end up finding themselves in a fairly even game here.

Will be interesting to see how this one goes, with a good chance of a draw. We’re therefore seeing a close game with a 1-1 score draw at the conclusion of the game. 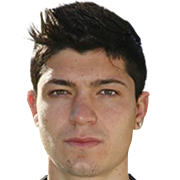 Usually used in the Centre Midfield position, Ivan Varone was born in Vignola, Italy. After having made a senior debut playing for Ternana in the 2017 - 2018 season, the dangerous Midfielder has scored a sum of 4 league goals in this Serie B 2020 - 2021 campaign so far in a total of 31 appearances.

We have made these Reggiana v Pordenone predictions for this match preview with the best intentions, but no profits are guaranteed. Please always gamble responsibly, only with money that you can afford to lose. Best of luck with your selections.