Return to this page a few days before the scheduled game when this expired prediction will be updated with our full preview and tips for the next match between these teams.
Full-Time Result Prediction
👉
Rio Ave to Win

The Primeira Liga match at Estádio do Rio Ave on Friday will see home side Rio Ave take to the field against Portimonense.

Full predictions, pre-match stats and user poll for Rio Ave v Portimonense are shown on this page - as well as up-to-date odds.

Rio Ave will be looking to improve on their last outing here following a 2-0 Primeira Liga losing effort in their last game against Paços de Ferreira.

A common characteristic of recent Rio Ave games is the number of nil scores.

Taking their previous 6 clashes before this one, in as many as 5 of them a wager on "Both Teams to Score" would have been a loser.

A look at their previous results shows us that Rio Ave:

Portimonense will come into the match following a 2-0 Primeira Liga win with the downing of Farense in their most recent game.

Throughout their six latest matches, Paulo Sérgio's Portimonense have turned their attacks into goals a total of 5 times thus yielding them the goals scored per game average of 0.83.

Going into this contest, Portimonense are without an away win for the past 4 league matches.

Checking on their most recent head-to-head meetings dating back to 18/08/2017 tells us that Rio Ave have won 4 of these and Portimonense 1, with the tally of drawn results being 1.

A combined total of 16 goals were scored between the two sides throughout the course of those matches, with 9 from Rio Grande and 7 netted by Portimonense. The average number of goals per game works out to 2.67.

The previous league encounter featuring the two was Primeira Liga match day 31 on 09/07/2020 which finished with the scoreline of Rio Ave 2-1 Portimonense.

On that occasion, Rio Ave managed 60% possession and 7 shots on goal with 2 on target. The goals were scored by Mehdi Taremi (35') and Filipe Augusto (91').

Portimonense got 8 shots at goal with 1 on target. Ricardo Vaz Tê (6') scored.

The match was refereed by Rui Costa.

Our feeling is that Portimonense will need things to go their way to hit the back of the net against this Rio Ave side who we reckon will win and very possibly keep a clean sheet.

We’re therefore tipping a good battle with a 1-0 winning score for Rio Ave at the end of the 90. 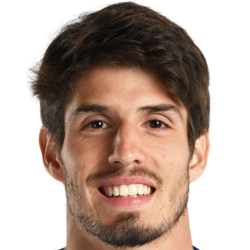 Customarily playing in the Left Wing position, Lucas Piazón was born in São Paulo, Brazil. Having played his first senior match for Chelsea in the 2012 - 2013 season, the talented Forward has bagged 2 league goals in this Primeira Liga 2020 - 2021 season to date from a total of 8 appearances.

While we have made these predictions for Rio Ave v Portimonense for this match preview with the best of intentions, no profits are guaranteed. Always gamble responsibly, and with what you can afford to lose.