PSV Eindhoven face a fresh challenge on Thursday as the clock ticks down to this Europa League Qualifiers match with Rosenborg BK.

All Rosenborg BK v PSV Eindhoven game predictions, stats and user poll are shown below (plus the best game odds).

Rosenborg BK, buoyed by their previous result, will be hoping for more of the same after the 1-2 Eliteserien success over Aalesunds FK.

The only name on the scoresheet from Rosenborg BK was Kristoffer Zachariassen (41', 68'). Sigurd Haugen (62') was the scorer for Aalesunds FK.

Troillongan have been conceding pretty frequently of late, but they’ve also done enough to score goals themselves. Analysis of their previous 6 games shows that Troillongan have been punished defensively in 5 of them as well as managing to get on the scoresheet in 6 of those games.

In their last game, PSV Eindhoven drew 1-1 in the Eredivisie match with Heracles Almelo.

The only name on the scoresheet from PSV Eindhoven was Philipp Max (51'). Rai Vloet (31') was the scorer for Heracles Almelo.

The stats tell the story, and PSV Eindhoven have been scored against in 5 of their last 6 matches, letting opponents get 5 goals in all. Defensively, Rood-witten have clearly had some problems. That aside, time will tell if that pattern might persist in this upcoming game.

There aren’t many personnel worries, with just one fitness concern for the Rosenborg BK boss Åge Hareide to be concerned about from a near full-strength group of players. Andreas Helmersen (Meniscal Injury) is out of contention.

PSV manager Roger Schmidt has to choose from a squad that has some fitness concerns. Maximiliano Romero (Knee Surgery) and Érick Gutiérrez (Knee Injury) are not able to play.

Our feeling is that Rosenborg BK certainly have the ability to breach the defence of this PSV Eindhoven side, however a single goal likely won’t be enough to avoid a loss.

We can see a close game with a 1-2 winning score for PSV Eindhoven by the conclusion of the game. Should be an interesting one. 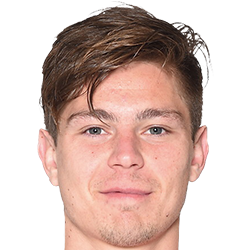 Mostly played in the Striker position, Torgeir Børven was born in Øystese, Norway. Having made a first senior appearance for ODD Grenland in the 2009 season, the dangerous Forward has struck 10 league goals in the Eliteserien 2020 season to date in a total of 17 appearances.

We have made these Rosenborg BK v PSV Eindhoven predictions for this match preview with the best intentions, but no profits are guaranteed. Please always gamble responsibly, only with money that you can afford to lose. Good luck if you do place a bet today.