Vitesse journey to Philips Stadion on Saturday for the Eredivisie tie with home side PSV Eindhoven.

All PSV Eindhoven v Vitesse game predictions, stats and user poll are shown below - as well as the best betting odds.

It’s been a rare occasion in recent times that PSV Eindhoven have managed to hold out for a full 90 minutes. In fact, PSV Eindhoven have been scored against in 5 of their previous 6 games, shipping 6 goals in the process. Even so, we must now wait to see if the trend will continue on in this next game.

Going into this game, the form guide shows that PSV Eindhoven:

Last time out, Vitesse drew 0-0 in the Eredivisie tie with NEC.

The numbers tell their own story, and Vitesse have been scored against in 5 of their last 6 matches, seeing their opponents hit 10 goals in all. At the back, Vitesse can certainly do much better.

Going into this game, the form guide shows that Vitesse:

An examination of their most recent head to head meetings stretching back to 14/09/2019 tells us that PSV Eindhoven have won 5 of these and Vitesse 1, with the number of drawn matches being 0.

There were also plenty of goals scored in those games, 22 overall which averages out at 3.67 goals per match.

The last league clash featuring the two was Eredivisie match day 22 on 12/02/2022 and the score finished Vitesse 0-5 PSV Eindhoven.

On that day, Vitesse had 54% possession and 18 shots at goal with 2 on target.

With a fully healthy squad available to choose from, the Vitesse boss Phillip Cocu doesn’t have any fitness worries to report ahead of this match.

In our view, PSV Eindhoven are likely to dominate on the ball and be rewarded with decent chances.

In contrast, Vitesse will be up against it to break down their defence although we do see them being dangerous at times. 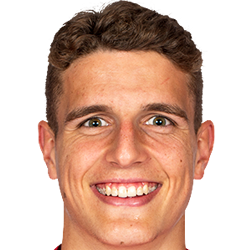 Normally taking up the Central Attacking Midfielder position, Guus Til was born in Samfya, Zambia. After making a first senior appearance for AZ in the 2016 - 2017 season, the goalscoring Midfielder has struck 5 league goals in the Eredivisie 2022 - 2023 season so far coming from a total of 14 appearances.

While we have made these predictions for PSV Eindhoven v Vitesse for this match preview with the best of intentions, no profits are guaranteed. Always gamble responsibly, and with what you can afford to lose. Best of luck.