Sheffield United will arrive at Select Car Leasing Stadium on Tuesday for the Championship meeting with home side Reading.

All of our predictions, stats and the user poll for Reading v Sheffield United are shown below - plus the latest match odds.

Reading will play in this game after a 1-1 Championship drawn result vs Nottingham Forest.

It’s been all too rare in recent times that Reading have managed to hold out for a full 90 minutes. It will be a concern for them that Reading have been scored against in 6 of their previous 6 games, shipping 10 goals during that time. With no two games being the same, we’ll just have to find out whether such a trend will be maintained in this match.

Going into this encounter, Reading have not beaten Sheffield United in their last 9 league matches.

Last time out, Sheffield United drew 0-0 in the Championship match with Coventry City.

Looking at their prior head-to-head clashes stretching back to 26/01/2013 shows us that Reading have won 1 of these games and Sheffield United 5, with the tally of drawn matches standing at 0.

A combined sum of 20 goals were yielded between them throughout the course of those matches, with 7 of them for The Royals and 13 being from The Blades. The average number of goals per game works out to 3.33.

The Reading boss Veljko Paunović will be grateful to have no fitness concerns whatsoever before this clash with a fully injury-free group to choose from.

Owing to a completely healthy squad available to select from, the Sheffield United boss Slaviša Jokanović does not have any fitness concerns whatsoever before this match.

We’re thinking that Reading may well find it hard to breach the defence of this Sheffield United side who we think might be able to get on the scoresheet themselves in a winning performance.

That’s why we have predicted a narrow 0-1 winning score for Sheffield United at full-time. 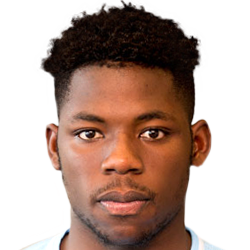 Regularly playing in the Centre Midfield position, Tom Dele-Bashiru was born in Manchester, England. Having made his senior debut playing for Watford in the 2020 - 2021 season, the talented Midfielder has accumulated 3 league goals in the Championship 2021 - 2022 season to date from a total of 15 appearances.

While we have made these predictions for Reading v Sheffield United for this match preview with the best of intentions, no profits are guaranteed. Always gamble responsibly, and with what you can afford to lose. We wish you the best of luck.