The Championship clash at Bet365 Stadium on Saturday sees hosts Stoke City take to the field against opponents Reading.

Stoke City will be hoping for a better result after the 3-1 Championship defeat last time out to Sheffield United.

Their past results show that Stoke City:

In the game prior to this, Reading drew 2-2 in the Championship tie with Queens Park Rangers.

Looking at their form, and Reading have been scored against in 5 of their last 6 games, seeing opposing sides hit 8 goals overall. At the back, Reading just haven’t been too solid at all. We will have to find out whether or not that trend will end up being sustained into this next match.

A look at their previous results shows us that Reading:

Checking out their prior head to head meetings dating back to 20/06/2020, there is nothing to separate the two clubs with Stoke City winning 2 of those games, Reading 2 and 2 being drawn in normal time.

16 goals were scored between them in this period, with 9 of them from The Potters and 7 netted by The Royals. That is an average goals per game value of 2.67.

The last league contest featuring the two was Championship match day 8 on 04/09/2022 when the final score was Reading 2-1 Stoke City.

For their opponents, Stoke City had 11 attempts on goal with 3 on target. Ben Wilmot (40') was the scorer.

The Stoke City boss Alex Neil has no fitness concerns at all before this match with a fully healthy group ready to go.

Owing to a fully healthy squad available to select from, the Reading manager Paul Ince does not have any fitness concerns to report before this game.

In this game, Reading are certainly able to find the back of the net against this Stoke City outfit, although it is unlikely to be as many as the goals that they could concede.

We are anticipating a very close game with a 2-1 win for Stoke City when all is said and done. It’s a very tough call. 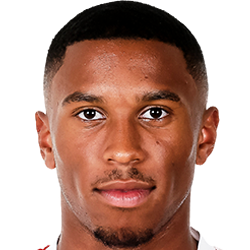 Mostly played in the Striker position, Tyrese Campbell was born in Cheadle Hulme, England. Having made his senior debut playing for Stoke City in the 2017 - 2018 season, the accomplished Forward has scored 4 league goals in the Championship 2022 - 2023 campaign to date from a total of 23 appearances.

While we have made these predictions for Stoke City v Reading for this match preview with the best of intentions, no profits are guaranteed. Always gamble responsibly, and with what you can afford to lose. Good luck!