Union Saint-Gilloise line up against visiting club Seraing at Het Joseph Marienstadion in this First Division A fixture on Saturday.

To see all of our predictions, user poll & stats for Union Saint-Gilloise v Seraing, scroll down - as well as up-to-date odds.

Union Saint-Gilloise, buoyed by their previous result, will be hoping for more of the same after a 0-3 First Division A victory vs Cercle Brugge.

Union Saint-Gilloise have been offensively very strong in recent times, hitting 18 goals past the opposition over the course of the previous six outings. In those meetings, Union Saint-Gilloise have also seen the tally of goals that have gone against them total 4. That aside, we must now wait to see whether that pattern will be replicated in this game or not.

Seraing will go into this game after a 5-1 First Division A win as they beat SV Zulte Waregem in their most recent match.

The Union Saint-Gilloise boss Felice Mazzu doesn’t have any fitness worries at all ahead of this match thanks to a fully healthy group available to select from.

In an otherwise full-strength squad, there is only the lone fitness problem for the Seraing gaffer Jordi Condom to be concerned about. Sami Lahssaini (Ruptured knee ligament) misses out for this game.

We’re inclined to think that Seraing will likely be able to breach the defence of this Union Saint-Gilloise team, but that might not be enough to avoid defeat.

We’re predicting both teams to score in a 2-1 victory for Union Saint-Gilloise at full-time. Let’s just see how this one goes. 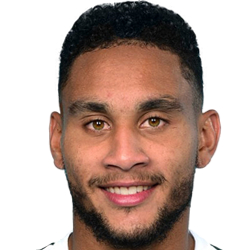 Typically playing in the Right Wing position, Loïc Lapoussin was born in Rosny-sous-Bois, France. Having made his senior debut playing for Red Star in the 2018 - 2019 season, the skilful Forward has accumulated 2 league goals in the First Division A 2021 - 2022 campaign so far in a total of 10 appearances.

While we have made these predictions for Union Saint-Gilloise v Seraing for this match preview with the best of intentions, no profits are guaranteed. Always gamble responsibly, and with what you can afford to lose. Best of luck with your selections.