Return to this page a few days before the scheduled game when this expired prediction will be updated with our full preview and tips for the next match between these teams.
Full-Time Result Prediction for Ross County vs St Johnstone
Draw
St Johnstone will be at Global Energy Stadium on Saturday for the Premiership showdown with home side Ross County.

We envisage that St Johnstone and Ross County may both struggle to make a breakthrough here. We’ll have to see, but a draw might be on the cards. That’s why our selection here is for a 0-0 score at full-time. Our full set of predictions, statistics and match poll for Ross County v St Johnstone can be seen below - plus the latest betting odds. 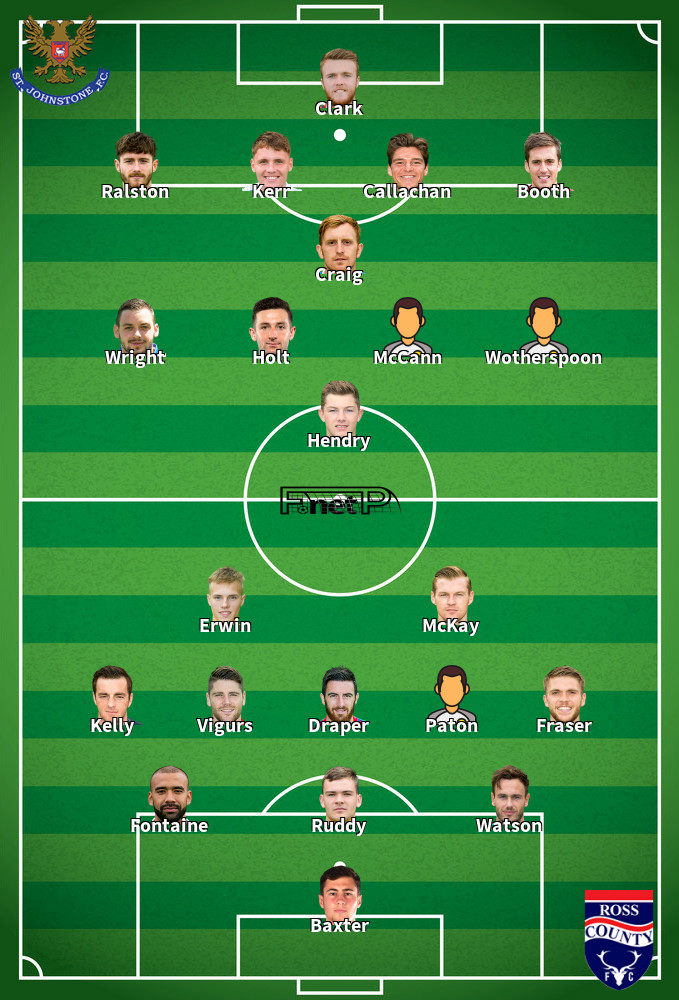 Over/Under 2.5 Goals Prediction for Ross County vs St Johnstone
Under 2.5

Usually playing in the Striker position, Ross Stewart was born in Irvine, Scotland. After making a first senior appearance for Albion Rovers in the 2016 - 2017 season, the gifted Forward has netted 7 league goals in this Premiership 2019 - 2020 campaign so far coming from a total of 19 appearances.

We have made these Ross County v St Johnstone predictions for this match preview with the best intentions, but no profits are guaranteed. Please always gamble responsibly, only with money that you can afford to lose. Best of luck.