We’re counting down to MLS action scheduled for Saturday when Philadelphia Union come up against New York Red Bulls.

Our predictions, user poll and statistics for Philadelphia Union v New York Red Bulls can be found here - as well as the best betting odds.

Philadelphia Union will be wanting a better result here after a 2-1 Open Cup loss in their previous game against Orlando City.

New York Red Bulls will come into the meeting following on from a 0-3 Open Cup win to defeat D.C. United in their most recent fixture.

A series of accomplished showings by the New York Red Bulls defensive unit has resulted in their ‘goals against’ tally amounting to 3 from their past 6 clashes in total. During the same period of time, their own attack force has managed to score 9. That kind of trend isn’t assured to be continued into this match, though.

An examination of their past head to head meetings going back to 25/08/2020 reveals that these fixtures have not been fruitful for New York Red Bulls. They’ve not managed to register any victories whatsoever while Philadelphia Union have been superior, getting wins in 67 per cent of those ties.

In all, 10 goals were produced between them in this period, with 8 for The U and 2 netted by Red Bulls. The average number of goals per game works out to 1.67.

The Philadelphia Union manager Jim Curtin has a full complement, with no fitness worries at all coming into this clash owing to a fully healthy group available for selection.

It looks as if The U will probably make use of the 4-3-1-2 system for this one, beginning the first half with Andre Blake, Nathan Harriel, Jakob Glesnes, Jack Elliott, Kai Wagner, Alejandro Bedoya, Jose Andres Martinez, Leon Flach, Daniel Gazdag, Julian Carranza and Sergio Santos.

New York Red Bulls will have to work hard as a team to be putting a goal past this Philadelphia Union outfit who should do enough to score at the other end and edge ahead.

Our tip is therefore for a highly competitive game with a 1-0 win for Philadelphia Union at the end of this one. 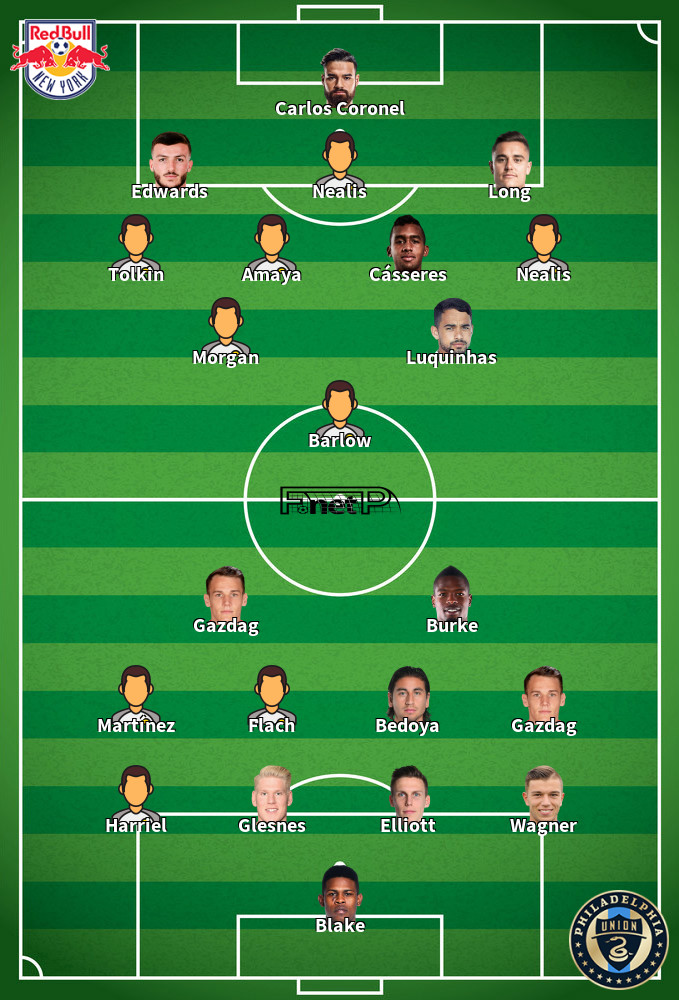 While we have made these predictions for Philadelphia Union v New York Red Bulls for this match preview with the best of intentions, no profits are guaranteed. Always gamble responsibly, and with what you can afford to lose. Best of luck.