Our tips, poll and stats for Minnesota United v Chicago Fire can all be found here (inc. the best betting odds).

Minnesota United head into this game following on from a 0-0 MLS drawn match versus Nashville.

In their prior 6 games, Adrian Heath's Minnesota United have hit the target a total of 5 times, an average number of goals per match equal to 0.83.

Chicago Fire will come into the match following a 2-1 MLS win versus D.C. United in their previous game.

In the course of their 6 previous matches, Raphaël Wicky's Chicago Fire have slotted home 11 times - earning them the goals scored per game average of 1.83.

Chicago Fire boss Raphaël Wicky has to choose from a squad that has some fitness concerns. Luka Stojanovic (Medial Collateral Ligament Tear), Jeremiah Gutjahr (Knee Injury) and Kenneth Kronholm (Knee Injury) are those who can’t be considered.

In our view, Chicago Fire have it in them to score a goal against this Minnesota United side, but that probably shouldn’t be enough to prevent defeat.

We reckon that it will be a tight encounter finishing with a 2-1 win for Minnesota United at the end of the match. Looking forward to seeing how this one unfolds. 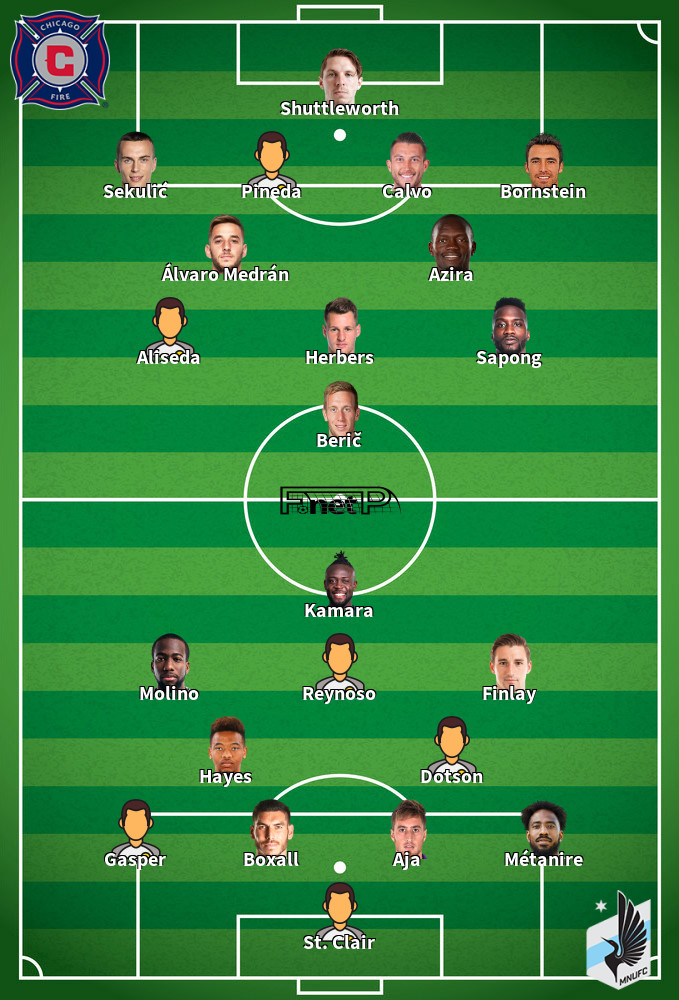 We have made these Minnesota United v Chicago Fire predictions for this match preview with the best intentions, but no profits are guaranteed. Please always gamble responsibly, only with money that you can afford to lose. Best of luck with your selections.