Return to this page a few days before the scheduled game when this expired prediction will be updated with our full preview and tips for the next match between these teams.
Full-Time Result Prediction
👉
Rubin Kazan to Win

The Premier League meeting at Kazan Arena on Saturday will see hosts Rubin Kazan go up against opponents Sochi.

Our Rubin Kazan v Sochi tips, poll and stats can be seen in full below - as well as up-to-date odds.

Rubin Kazan will be hoping to return to winning ways here following the 1-3 Premier League losing effort in their last game against FC Khimki.

In that match, Rubin Kazan managed 62% possession and 16 attempts on goal with 6 on target. The scorer for Rubin Kazan was Đorđe Despotović (42'). FC Khimki got 8 attempts at goal with 3 on target. Reziuan Mirzov (20'), Pavel Mogilevets (28') and Ilya Kukharchuk (75') scored for FC Khimki.

Their most recent results show that much respect should be given to the Rubin Kazan backline. Tatáry have been mean at the back, resulting in the tally of goals that have gone past their goalkeeper over the course of their last 6 outings standing at 4. Despite that, we’ll just have to find out if such a trend will be maintained here in this game.

Sochi will go into the encounter after a 5-0 Premier League win as they beat Tambov in their most recent fixture.

A tendency of at least one team drawing a blank in games involving Sochi has been evident recently. Looking at their last 6 outings reveals that this has happened 5 times. During those clashes, opposing sides have hit a goal total of 3 while Belo-sinie have scored 13.

Going into this one, Sochi haven’t won away from home in the past 7 league games.

The previous league match featuring these clubs was Premier League match day 3 on 18/08/2020 when it ended Sochi 3-2 Rubin Kazan.

When taking all factors into account, Sochi will surely be able to score against this Rubin Kazan team, but that might not be enough to prevent defeat.

We are anticipating a close game with a 2-1 winning margin for Rubin Kazan after the 90. There shouldn’t be much in it, either way. 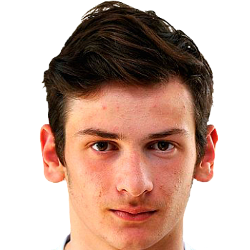 Generally played in the Left Attacking Midfielder position, Khvicha Kvaratskhelia was born in Tbilisi, Georgia. Having played his first senior match for Lokomotiv Moscow in the 2018 - 2019 season, the gifted Midfielder has managed 3 league goals in this Premier League 2020 - 2021 campaign to date in a total of 20 appearances.

While we have made these predictions for Rubin Kazan v Sochi for this match preview with the best of intentions, no profits are guaranteed. Always gamble responsibly, and with what you can afford to lose.