This Shamrock Rovers v UCD live stream video is scheduled for 25/09/2022. Football fans can watch this game on a live streaming service should the game be featured in the schedule mentioned above. Here we arm you with useful info for watching this Premier Division match that includes the most recent guide to form, h2h meetings and our game views.

To watch this match via other methods, check television schedules relating to your local region. Such broadcasting rights are generally granted on a per-competition/league or even individual fixture level. For matches shown live on regional tv programmes, check the listings on the likes of BT Sport, Amazon Prime Video, Sky Sports, Now TV, iTV, Canal+, Fox Soccer, ESPN that are relevant for your location.

When the abovementioned broadcaster indicates that they have the Shamrock Rovers v UCD soccer live streaming coverage, you’ll be able to view it on a mobile (iPhone, Android including OnePlus) and computer plus tablet (eg iPad, Huawei MatePad).

After the match finishes, we may also provide a link to the match highlights from time to time. We aren’t responsible for transmitting any game video content linked to from here. All legal issues must be done by contacting the hosters/owners of said content.

Shamrock Rovers will face off against visiting side UCD at Tallaght Stadium in the Premier Division clash on Monday.

Scroll down to see all of the predictions, poll and statistics for Shamrock Rovers v UCD (including the best match odds).

Shamrock Rovers enter this match coming off the back of a 0-0 Premier Division drawn game vs Shelbourne.

Stephen Bradley's Shamrock Rovers have managed to score a sum total of 6 times over their preceding 6 outings. Conversely, the tally of goals that have been scored against them in those games amounts to 8.

Coming into this meeting, Shamrock Rovers have not been beaten in the league by UCD in their previous 11 games. Quite a long unbeaten run against them.

After being beaten in their last game against Treaty United in FAI Cup competition, UCD and their fans will hope to get a better result this time.

UCD have been dangerous up front in their most recent fixtures, scoring 10 goals in their previous 6 matches. This doesn’t mask the fact that UCD can also improve defensively after being scored against in 6 of those same matches.

Going into this one, UCD are without an away win for the past 2 matches in the league.

Checking on their past head to head meetings going back to 29/03/2019 tells us that these encounters have ended in disappointment for UCD. They have not managed to get any victories at all while Shamrock Rovers have been the better of the two, running out winners in 100% of those matches played.

A combined sum of 21 goals were yielded between them in these games, with 20 of them from The Hoops and 1 created by The Students. The average goals per game has been 3.5.

The previous league fixture featuring the two was Premier Division match day 16 on 19/05/2022 which ended up with the score at UCD 0-3 Shamrock Rovers.

The referee was Adriano Reale.

Almost everyone can be considered, as there’s just a single fitness concern for the Shamrock Rovers gaffer Stephen Bradley to be concerned about from an otherwise fully-primed group of players. Roberto Lopes (Knee Injury) misses out.

Thanks to a fully healthy group to choose from, the UCD boss Andy Myler doesn’t have any fitness worries to speak of ahead of this match.

It must be said that UCD could really struggle to score any goals at all against a Shamrock Rovers team who have all the attributes to create and convert many chances to win very handsomely indeed.

We reckon that it will be a very comprehensive 4-0 winning margin with possibly more for Shamrock Rovers at full-time. 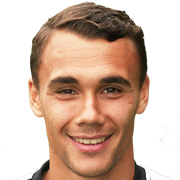 Generally taking to the field in the Right Wing position, Graham Burke was born in Dublin, Rep. Ireland. Having played his first senior match for Shrewsbury Town in the 2013 - 2014 season, the skilful Forward has scored 7 league goals in the Premier Division 2022 campaign to date in 20 appearances.

We have made these Shamrock Rovers v UCD predictions for this match preview with the best intentions, but no profits are guaranteed. Please always gamble responsibly, only with money that you can afford to lose. Good luck!

⚽️ Where can I get the previews for other Premier Division games?

View all of the upcoming (and previous) Premier Division predictions & previews here.