Our full set of predictions, statistics and match poll for Tottenham Hotspur v Sheffield United can be seen below - as well as the best betting odds.

Tottenham Hotspur will be looking for an improved result here after the 1-0 EFL Cup defeat in their last game at the hands of Manchester City.

It’s not been often in recent games where Tottenham Hotspur have kept a clean sheet. The reality is that Spurs have seen their defence breached in 5 of their previous 6 matches, leaking 9 goals along the way.

Sheffield United will go into this clash after a 1-0 Premier League win versus Brighton & Hove Albion in their previous fixture.

The strike force from Sheffield United have had real problems scoring goals over their previous 6 games, recording the poor return of just 2. In those matches, The Blades have also seen the collective goal aggregate of their opponents equal 13. That aside, we will just have to wait and see if that pattern might continue on here in this game.

Checking out their prior head to head meetings stretching back to 10/02/2007, it’s been all-even between these two clubs with Tottenham Hotspur winning 2 of those games, Sheffield United 2 and 2 being drawn in regulation time.

A combined total of 18 goals were shared by the two clubs throughout the course of those matches, with 9 from Spurs and 9 being from The Blades. That’s an average goals per game figure of 3.

The last league meeting between the two was Premier League match day 19 on 17/01/2021 when the final score was Sheffield United 1-3 Tottenham Hotspur.

That time, Sheffield United had 41% possession and 15 attempts at goal with 5 of them on target. The scorer was David McGoldrick (59').

The referee was Andre Marriner.

In this match, Tottenham Hotspur will probably dominate on the ball and be rewarded with decent chances.

Conversely, Sheffield United won’t find it easy to find the back of the net but we do fancy them hitting back at some stage, too.

Our tip is for a comfortable 3-1 winning margin for Tottenham Hotspur by the time that the referee blows the final whistle. 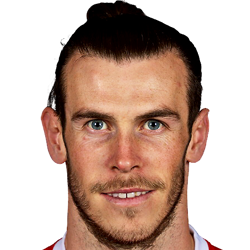 Normally taking to the field in the Right Wing position, Gareth Bale was born in Cardiff, Wales. Having played his first senior match for Southampton in the 2005 - 2006 season, the gifted Forward has netted 6 league goals in this Premier League 2020 - 2021 campaign to date from a total of 15 appearances.

We have made these Tottenham Hotspur v Sheffield United predictions for this match preview with the best intentions, but no profits are guaranteed. Please always gamble responsibly, only with money that you can afford to lose. Best of luck.