Wycombe Wanderers head to Montgomery Waters Meadow on Tuesday for the League One game with home team Shrewsbury Town.

Our Shrewsbury Town v Wycombe Wanderers predictions, statistics and match poll can be seen below - plus the latest betting odds.

Shrewsbury Town will be looking for another win after the 2-1 League One triumph versus AFC Wimbledon.

Coming into this fixture, Shrewsbury Town are undefeated in their previous 3 home league matches.

Following on from a losing effort in their last game against MK Dons in League One action, Wycombe Wanderers will be aiming to make amends here.

A look at their past head to head meetings dating back to 19/03/2011 shows that Shrewsbury Town have won 1 of these games & Wycombe Wanderers 3, with the number of drawn games standing at 2.

A sum of 12 goals were yielded between them in this period, with 5 for The Shrews and 7 being from The Blues. The average number of goals per game works out to 2.

The last league encounter between these clubs was League One match day 17 on 02/11/2019 when the final score was Wycombe Wanderers 1-0 Shrewsbury Town.

The match was refereed by Brett Huxtable.

The Shrewsbury Town manager Steve Cotterill has zero fitness worries at all coming into this clash thanks to a fully injury-free squad available for selection.

Owing to a fully healthy group to choose from, the Wycombe Wanderers boss Gareth Ainsworth has no fitness worries to speak of coming into this game.

We’re of the opinion that Shrewsbury Town will need to push hard to break down this Wycombe Wanderers lineup who we think will likely score & stay on top.

That’s why we have predicted a highly competitive game with a 0-1 victory for Wycombe Wanderers at the end of this game. 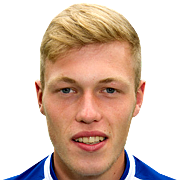 Usually taking to the field in the Striker position, Sam Cosgrove was born in Beverley, England. Having played his first senior match for Barrow in the 2015 - 2016 season, the dangerous Forward has contributed 2 league goals in this League One 2021 - 2022 season to date in 7 appearances.

We have made these Shrewsbury Town v Wycombe Wanderers predictions for this match preview with the best intentions, but no profits are guaranteed. Please always gamble responsibly, only with money that you can afford to lose. Good luck!