Return to this page a few days before the scheduled game when this expired prediction will be updated with our full preview and tips for the next match between these teams.
Their next big First League - Play Offs fixture sees Sigma Olomouc facing opposition in the form of Teplice on Tuesday. Our full set of predictions, statistics and match poll for Sigma Olomouc v Teplice can be seen below - as well as the best betting odds.

Sigma Olomouc will be hoping to bounce back here following a 0-1 First League loss in their previous game against Viktoria Plzeň. Tomáš Hořava (16') was the scorer for Viktoria Plzeň.

Radoslav Látal's Sigma Olomouc have hit the target 5 times over their past six outings. The tally of goals that they have conceded in that same time stands at 8.

Teplice head into the encounter following a 3-1 First League - Play Offs win to defeat Karviná in their previous fixture.

In a total of 6 of the previous 6 clashes involving Teplice, at least three goals have been hit. The average number of goals per game during that spell is 3.67, with the number of goals averaged by Skláři being 1.83. Still, we must now wait to see whether that pattern will be replicated here in this match.

Sigma Olomouc boss Radoslav Látal will be grateful to have no fitness concerns to speak of before this match with a fully healthy group to choose from.

Thanks to a completely injury-free group to pick from, Teplice boss Stanislav Hejkal doesn’t have any fitness worries at all before this game.

We’re of the opinion that Teplice would be disappointed if they were not to find the net against this Sigma Olomouc team, although that probably shouldn’t be enough to avoid defeat. We are anticipating both teams to score in a 2-1 win for Sigma Olomouc by the time that the referee blows the final whistle. It’s a very tough call.

Both Teams to Score Prediction for Sigma Olomouc vs Teplice
Yes 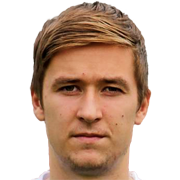 Mostly taking up the Centre Midfield position, David Houska was born in Czech Republic. Having made a first senior appearance for Sigma Olomouc in the 2012 - 2013 season, the dangerous Midfielder has managed 3 league goals in this First League 2019 - 2020 season so far from a total of 29 appearances.

We have made these Sigma Olomouc v Teplice predictions for this match preview with the best intentions, but no profits are guaranteed. Please always gamble responsibly, only with money that you can afford to lose.