Scroll down for all of our predictions, poll and stats for the Sligo Rovers v Viking FK game including the latest game odds.

Sligo Rovers will be looking for another win after the 2-1 Premier Division victory versus Bohemian FC.

Over their prior six fixtures, John Russell's Sligo Rovers have hit the back of the net a total of 5 times, an average number of goals scored per match of 0.83.

In their previous game, Viking FK drew 2-2 in the Eliteserien tie with Sandefjord.

In that game, Viking FK had 56% possession and 17 attempts on goal with 5 on target. For Viking FK, goals were scored by Kevin Kabran (62') and Herman Haugen (85'). For their opponents, Sandefjord had 9 shots on goal with 3 on target. Mohamed Ofkir (9') and Youssef Chaib (21') scored for Sandefjord.

During their six most recent matches, Bjarte Lunde Aarsheim's Viking FK have fired home a total of 12 times - yielding them the goals scored per game average of 2.

Almost everyone can be considered, as there’s just a single fitness concern for the Sligo Rovers gaffer John Russell to be concerned about due to a largely intact group of players. Garry Buckley (Cruciate Ligament Injury) is out of contention.

Due to a completely healthy group to pick from, the Viking FK manager Bjarte Lunde Aarsheim has zero fitness worries at all before this game.

In this game, Sligo Rovers have the firepower to put one past this Viking FK outfit, although just one goal probably won’t be enough to give them the result that they want.

We’ve gone for both teams to score in a 1-2 win for Viking FK by the conclusion of the game. Let’s see what eventuates. 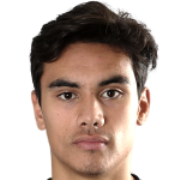 Typically playing in the Striker position, Max Mata was born in Auckland, New Zealand. Having made a first senior appearance for Sligo Rovers in the 2022 season, the gifted Forward has bagged 4 league goals in this Premier Division 2022 season so far coming from a total of 16 appearances.

We have made these Sligo Rovers v Viking FK predictions for this match preview with the best intentions, but no profits are guaranteed. Please always gamble responsibly, only with money that you can afford to lose. Best of luck.