Full predictions, pre-match stats and user poll for Southend United v Torquay United are shown on this page - as well as up-to-date odds.

Southend United prepare for this fixture after a 1-1 National League drawn result against Torquay United.

The only name on the scoresheet from Southend United was James Dunne (76'). Chiori Johnson (45') was the scorer for Torquay United.

Under three goals per game were recorded in 5 of the last 6 meetings where Southend United have been involved. Regarding the goal weighting from that period, opposition teams scored a total of 4 while Southend United managed a tally of 6. It will be interesting to see if that trend will be sustained in this game.

Heading into this fixture, Southend United haven't been defeated in their previous 3 league matches at home.

The forward players for Torquay United have been starved of goals over their previous 6 clashes, netting the unsatisfactory return of only 4. In those fixtures, The Gulls have also seen the overall goal tally of their opponents equal 4.

Heading into this fixture, Torquay United haven't beaten Southend United when having played them away from home in the previous 4 matches in the league. They'll be keen to stop this run.

Looking at the statistics for their head to head duels going back to 14/04/2012, there is nothing to separate the two clubs with Southend United winning 2 of those games, Torquay United 2 and 2 being draws after 90 minutes of play.

A sum of 10 goals were shared by the two clubs during those clashes, with 6 of them for The Shrimpers and 4 netted by The Gulls. That’s an average goals per game figure of 1.67.

The previous league meeting between these sides was National League match day 7 on 18/09/2021 which finished with the scoreline of Torquay United 1-0 Southend United.

The match was refereed by Scott Jackson.

The Southend United boss Kevin Maher doesn’t have any fitness worries at all coming into this clash owing to a fully healthy squad available for selection.

Due to a fully healthy squad available for selection, the Torquay United boss Gary Johnson does not have any fitness concerns to report coming into this match.

We are of the inclination to think that Torquay United and Southend United should both be able to score here although it’s hard to pick a clear winner.

There should be little in it, and a draw looks to be quite a realistic result. That’s why our selection here is for a very even match with a 1-1 score draw at the end of the 90. 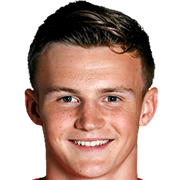 Regularly deployed in the Striker position, Sam Dalby was born in Leytonstone, England. Having made a first senior appearance for Leyton Orient in the 2016 - 2017 season, the skilful Forward has scored 9 league goals in the National League 2021 - 2022 campaign so far in 42 appearances.

While we have made these predictions for Southend United v Torquay United for this match preview with the best of intentions, no profits are guaranteed. Always gamble responsibly, and with what you can afford to lose. Good luck if you do place a bet today.