Wealdstone will be hosting visiting side Southend United at Grosvenor Vale in this National League clash on Saturday.

Our full set of predictions, statistics and match poll for Wealdstone v Southend United can be seen below (including the best match odds).

Wealdstone prepare for this game following on from a 1-1 National League tied result against Torquay United.

The only player to score from Wealdstone was Rhys Browne (67'). Ali Omar (2') was the scorer for Torquay United.

Their most recent results shine a light on the fact that it has been a great time for the Wealdstone rearguard. Wealdstone have been mean at the back, with the tally of goals that have gone in at their end during their last six games standing at 3. We will have to see if that trend will be continued on into this next match.

In their previous fixture, Southend United drew 0-0 in the National League tie with Wrexham.

Kevin Maher's Southend United have found the back of the net 7 times throughout their latest 6 matches. The aggregate of goals that have been scored against them during those same matches comes to 7.

The last league fixture featuring the two was National League match day 40 on 15/04/2022 when the final score was Southend United 0-1 Wealdstone.

The referee was Jacob Miles.

The Wealdstone manager Stuart Maynard has a full complement, with no fitness worries at all ahead of this clash thanks to a fully healthy group to choose from. Lewis Kinsella is ineligible for this match because of suspension.

Due to a fully healthy group available for selection, the Southend United boss Kevin Maher has no fitness concerns whatsoever coming into this game.

We envisage that Southend United and Wealdstone could both end up scoring in what appears to be a good match-up, with little separating these two teams.

Shouldn’t be much in it, and a draw looks quite a realistic result. We’re therefore anticipating a tight encounter, finishing with a 1-1 draw at the end of this one. 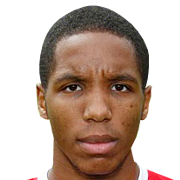 Usually used in the Right Attacking Midfielder position, Rhys Browne was born in London, England. After making a first senior appearance for Aldershot Town in the 2015 - 2016 season, the talented Midfielder has contributed 5 league goals in the National League 2022 - 2023 campaign to date coming from a total of 9 appearances.

While we have made these predictions for Wealdstone v Southend United for this match preview with the best of intentions, no profits are guaranteed. Always gamble responsibly, and with what you can afford to lose. Best of luck.