Scroll down for all of our predictions, poll and stats for the Sparta Rotterdam v Willem II game including the latest game odds.

Sparta Rotterdam won’t want a repeat of their last result here following a 4-2 Eredivisie defeat last time out to Ajax.

Matches featuring Sparta Rotterdam have proved to be engaging affairs of late with a lot of goalmouth action the rule rather than the exception. Over their past six clashes alone, a grand total of 20 goals have been recorded for both sides combined (at an average of 3.33 goals per game) with 7 of those accredited to Kasteelheren.

Going into this one, Sparta Rotterdam are without a win at home for the past 5 league matches. Their fans aren't happy.

In their last game, Willem II drew 1-1 in the Eredivisie tie with ADO Den Haag.

The only player to score from Willem II was Mike Trésor Ndayishimiye (48'). Shaquille Pinas (62') scored for ADO Den Haag.

A number of pretty feeble displays from the Willem II defence has resulted in a record of 18 goals being fired past them in only their last six outings. They definitely need to see an improvement in this disappointing aspect of their game. While that may be of interest, time will tell whether the trend might continue on in this next match.

Looking at their past form shows that Willem II:

Looking at their most recent head-to-head clashes stretching back to 27/01/2017 shows that Sparta Rotterdam have won 2 of these & Willem II 3, with the number of drawn results being 1.

In all, 21 goals were shared by the two clubs in these games, with 8 for Kasteelheren and 13 being from Tricolores. This gives an average number of goals per game equal to 3.5.

The previous league contest between these sides was Eredivisie match day 12 on 13/12/2020 which finished with the scoreline of Willem II 1-3 Sparta Rotterdam.

We envisage that Willem II have enough to get a goal against this Sparta Rotterdam outfit, however that possibly won’t quite be as many as the goals that they could concede.

We reckon that it will be a close game with a 2-1 winning score for Sparta Rotterdam by the conclusion of the game. Let’s just see how this one goes. 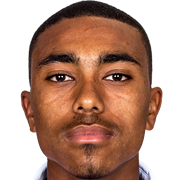 Generally played in the Centre Midfield position, Deroy Duarte was born in Netherlands. Having made his senior debut playing for Sparta Rotterdam in the 2017 - 2018 season, the skilful Midfielder has got 4 league goals in the Eredivisie 2020 - 2021 season so far in a total of 19 appearances.

While we have made these predictions for Sparta Rotterdam v Willem II for this match preview with the best of intentions, no profits are guaranteed. Always gamble responsibly, and with what you can afford to lose.