For all of our match predictions, pre-game poll and statistics for Sporting Gijón v Valencia, scroll down (inc. the best betting odds).

Sporting Gijón will be hoping to bounce back here following the 2-0 La Liga 2 loss in their previous game against Racing de Santander.

In that match, Sporting Gijón managed 63% possession and 19 shots at goal with 6 on target. Racing Santander had 16 shots on goal with 10 on target. Jordi Mboula (12') and Matheus Aiás (24') scored for Racing de Santander.

An interesting aspect of more recent Sporting Gijón games is the number of results with a nil in them.

Taking their previous six clashes leading up to this one, in as many as 5 of them a bet on both teams scoring would've been a losing one. While that may be of interest, we will just have to wait and see whether that pattern might persist in this next game.

Previously, Valencia drew 1-1 in the Supercopa match with Real Madrid.

Gennaro Gattuso's Valencia have converted a total of 9 times in the course of their previous six matches. The overall goals that they have conceded during those same clashes comes to 5.

A look at their past head to head clashes dating back to 12/09/2015 shows that Sporting Gijón have won 2 of these games and Valencia 3, with the tally of drawn games being 1.

A sum of 13 goals were scored between the two sides during those clashes, with 5 from Rojiblancos and 8 coming from Los Che. The average goals per game has been 2.17.

Almost everyone can be considered, as there’s just a single fitness concern for the Sporting Gijón manager Abelardo Fernández to contend with from a near full-strength squad. Axel Bamba (Biceps femoris muscle injury) will miss out.

Thanks to a largely available group of players, there is only the lone fitness worry for the Valencia manager Gennaro Gattuso to be concerned about. Nico González (Metatarsal Fracture) won’t be playing here.

We’re envisaging that Sporting Gijón will really need to work well to score goals against this Valencia side who we think will likely score & stay on top.

Therefore, we predict a narrow 0-1 winning margin for Valencia at the conclusion of the game. 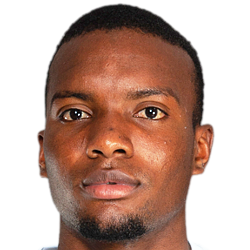 Normally deployed in the Right Wing position, Juan Ferney Otero was born in Sipí, Colombia. Having played his first senior match for Estudiantes de La Plata in the 2016 - 2017 season, the talented Forward has managed 3 league goals in this LaLiga2 2022 - 2023 season to date in 22 appearances.

While we have made these predictions for Sporting Gijón v Valencia for this match preview with the best of intentions, no profits are guaranteed. Always gamble responsibly, and with what you can afford to lose.