Zagłębie Lubin will arrive at Stadion Stali Mielec on Monday for the Ekstraklasa showdown with home team Stal Mielec.

Our full set of predictions, statistics and match poll for Stal Mielec v Zagłębie Lubin can be seen below - plus the latest match odds.

Stal Mielec go into this game following on from a 3-3 Ekstraklasa tied result versus Cracovia.

Adam Majewski's Stal Mielec have celebrated scoring 8 times in their prior 6 outings. The number of goals that have been scored against them in those fixtures amounts to 11.

After being beaten in their last game against Jagiellonia Białystok in Ekstraklasa action, Zagłębie Lubin will be hoping to turn things around here.

Throughout their six previous matches, Dariusz Żuraw's Zagłębie Lubin have converted a total of 6 times - giving them a goals per game average of 1.

The previous league contest featuring the two was Ekstraklasa match day 25 on 18/04/2021 which finished with the scoreline of Stal Mielec 0-2 Zagłębie Lubin.

That time, Stal Mielec managed 57% possession and 17 shots at goal with 3 of them on target.

At the other end, Zagłębie Lubin had 9 shots on goal with 5 of them on target. Filip Starzyński (38') and Patryk Szysz (73') scored.

The referee was Paweł Raczkowski.

Due to a completely injury-free squad ready to go, the Zagłębie Lubin manager Dariusz Żuraw has zero fitness concerns at all before this game.

It’s looking like Zagłębie Lubin and Stal Mielec should both be able to score here although it’s hard to pick a clear winner.

It could well end in a draw. We therefore see a close game with a score draw at the end of this game. 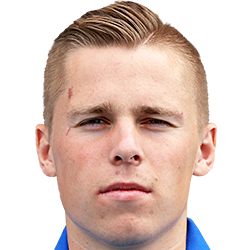 Generally played in the Centre Midfield position, Grzegorz Tomasiewicz was born in Jaworzno, Poland. Having made a first senior appearance for Stal Mielec in the 2020 - 2021 season, the gifted Midfielder has hit 3 league goals in this Ekstraklasa 2021 - 2022 season so far in a total of 10 appearances.

We have made these Stal Mielec v Zagłębie Lubin predictions for this match preview with the best intentions, but no profits are guaranteed. Please always gamble responsibly, only with money that you can afford to lose.