To see all of our predictions, user poll & stats for Yokohama FC v Tokushima Vortis, scroll down (plus the best game odds).

Yokohama FC will be hoping for a repeat of their last result, following the 1-2 J1 League success versus Kashima Antlers.

Coming into this fixture, Yokohama FC haven’t won at home in the past 2 league matches.

Tokushima Vortis go into this match following on from a 3-0 J1 League win with the eclipse of Sagan Tosu in their last game.

In that game, Tokushima Vortis had 28% possession and 12 shots on goal with 6 of them on target. For Tokushima Vortis, the goals were scored by Yuki Kakita (15', 41') and Mushaga Bakenga (60'). At the other end, Sagan Tosu had 12 attempts at goal with 2 on target.

The trend of at least one side getting a clean sheet in games featuring Tokushima Vortis has become apparent of late. Looking at their last six outings shows that this has happened 5 times. In these clashes, their opponents have hit a goal total of 10 while Tokushima Vortis have scored 5. We shall soon find out if that trend can be continued on here.

A look at their past head to head meetings dating back to 11/08/2017 shows that Yokohama FC have won 3 of these games and Tokushima Vortis 2, with the number of drawn results standing at 1.

A combined total of 13 goals were scored between them in these games, with 7 from Yokohama and 6 netted by Tokushima. That is an average goals per game value of 2.17.

The previous league encounter featuring these clubs was J1 League match day 6 on 21/03/2021 which ended up with the score at Tokushima Vortis 2-1 Yokohama FC.

On that occasion, Tokushima Vortis managed 43% possession and 14 shots on goal with 4 on target. Their only player to score was Taisei Miyashiro (73').

There’s just the sole fitness concern for the Yokohama FC manager Tomonobu Hayakawa to be concerned about from an otherwise complete set of players. Kosuke Saito (Surgery) is out of contention.

Due to a fully injury-free group available to choose from, the Tokushima Vortis manager Dani Poyatos has no fitness worries at all coming into this match.

We’re of the view that Tokushima Vortis and Yokohama FC could end up without much reward for their efforts here.

Let’s see how it plays out, but a draw with few scoring chances is looking likely to us. Therefore, we predict a 0-0 scoreline at the end of the 90 minutes. 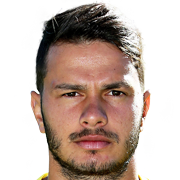 Usually played in the Striker position, Kléber was born in Estância Velha, Brazil. Having made a first senior appearance for Atlético Mineiro in the 2009 season, the dangerous Forward has bagged 3 league goals in this J1 League 2021 season so far from a total of 19 appearances.

We have made these Yokohama FC v Tokushima Vortis predictions for this match preview with the best intentions, but no profits are guaranteed. Please always gamble responsibly, only with money that you can afford to lose. Good luck with your selections.