The Utsiktens BK v Trelleborgs FF live stream video is scheduled for broadcast on 09/08/2022. Supporters of the teams can watch this game on a live streaming service if this match is featured in the schedule mentioned above. Here we give useful info for watching this Superettan game that includes the most recent guide to form, head to head meetings and our game views.

In order to view this match using alternative ways, look up television schedules relating to your local region. Such broadcasting contracts are usually allocated on a per-competition/league or even single match level. For matches shown live on regional tv programmes, check the schedules on channels including BT Sport, Amazon Prime Video, Sky Sports, Now TV, iTV, Canal+, Fox Soccer, ESPN depending on your current location.

When the abovementioned broadcaster indicates that they have the Utsiktens BK v Trelleborgs FF soccer live streaming service, you can see the game on mobile devices (iPhone, Android including Sony Xperia) and PC as well as tablet (eg iPad, Lenovo Tab).

After the match finishes, we might also provide a link to highlights from time to time. We are not responsible for transmitting any game video content linked to from here. All legal issues must be dealt with via the hosters/owners of the content.

The Superettan game at Ruddalens IP on Tuesday will see home side Utsiktens BK playing against Trelleborgs FF.

Our tips, poll and stats for Utsiktens BK v Trelleborgs FF can all be found here (plus the best game odds).

Utsiktens BK go into this game following on from a 0-0 Superettan draw versus Trelleborgs FF.

It has been a rare occasion in recent times that Utsiktens BK have shown defensive steel. The facts show that Utsiktens BK have failed to prevent opponents from scoring in 5 of their previous 6 clashes, giving up 11 goals during that time. That sort of trend won’t necessarily be carried forward into this game, however.

Coming into this meeting, Utsiktens BK are without a win at home for the past 2 league games.

The last league contest between the two was Superettan match day 1 on 03/04/2022 when the final score was Trelleborgs FF 1-0 Utsiktens BK.

The referee was Fredrik Oppong.

The Utsiktens BK manager Bosko Orovic has zero fitness worries whatsoever before this game thanks to a completely healthy squad to choose from.

Our assessment is that Trelleborgs FF have the firepower to score a goal against this Utsiktens BK team, but it isn’t expected to be enough to prevent defeat.

We’re tipping both teams to score in a 2-1 victory for Utsiktens BK at the end of the 90 minutes. Should be a good one. 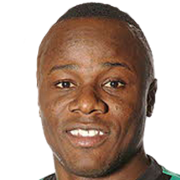 Usually playing in the Striker position, Nsima Peter was born in Nigeria. Having made a first senior appearance for Varbergs BoIS in the 2013 season, the gifted Forward has hit 3 league goals in this Superettan 2022 campaign to date in 12 appearances.

While we have made these predictions for Utsiktens BK v Trelleborgs FF for this match preview with the best of intentions, no profits are guaranteed. Always gamble responsibly, and with what you can afford to lose. Best of luck.

⚽️ Where can I find the predictions for other Superettan games?

View all of our upcoming (and previous) Superettan predictions & previews here.