Warta Poznań will be facing visiting team Wisła Kraków at Stadion przy Drodze Dębińskiej in the Ekstraklasa tie on Saturday.

Warta Poznań are hoping to win again after their last result, a 0-1 Ekstraklasa triumph versus Stal Mielec.

The only name on the scoresheet from Warta Poznań was Mateusz Kuzimski (88').

It’s been seldom in recent times where Warta Poznań have managed to hold out for a full 90 minutes. The facts show that Warta have been scored against in 5 of their previous 6 clashes, leaking 7 goals during that time. That pattern won’t necessarily be carried forward into this next game, however.

In their last game, Wisła Kraków drew 0-0 in the Ekstraklasa tie with Raków Częstochowa.

A tendency of at least one team not managing to score in games involving Wisła Kraków has been fairly consistent of late. Examining their last six games shows that it’s happened 5 times. In these clashes, opposing sides have hit a goal tally of 6 while Biała Gwiazda have scored 10.

Heading into this contest, Wisła Kraków are undefeated in their last 5 away league matches.

Warta Poznań boss Piotr Tworek has no fitness concerns whatsoever ahead of this game with a fully injury-free squad to pick from.

Thanks to a fully injury-free group to pick from, Wisła Kraków manager Artur Skowronek does not have any fitness concerns at all coming into this game.

We’re thinking that Wisła Kraków and Warta Poznań could well both score and end up finding themselves in a fairly even game here.

Little in this one, and it’s almost too close to call. We’re therefore seeing a very close game with a 1-1 score when the referee blows the full-time whistle. 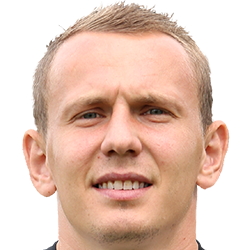 Mostly played in the Striker position, Mateusz Kuzimski was born in Tczew, Poland. After making a first senior appearance for Warta Poznań in the 2020 - 2021 season, the accomplished Forward has accumulated 2 league goals in this Ekstraklasa 2020 - 2021 season so far coming from a total of 9 appearances.

We have made these Warta Poznań v Wisła Kraków predictions for this match preview with the best intentions, but no profits are guaranteed. Please always gamble responsibly, only with money that you can afford to lose. Best of luck with your selections.