We are of the inclination to think that Melbourne City and Wellington Phoenix could both end up scoring in what appears to be a good match-up, with little separating these two teams. Let’s see how it plays out, but a draw is looking likely to us. That’s why we have predicted a hard-fought score draw at the end of the match. Scroll down to see all of the predictions, poll and statistics for Wellington Phoenix v Melbourne City - as well as up-to-date odds.

Looking at their past form shows that Melbourne City:

Coming into this fixture, Wellington Phoenix are undefeated in their last 6 league matches at home. 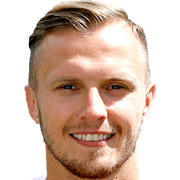 Customarily used in the Striker position, David Ball was born in Whitefield, England. Having played his first senior match for Swindon Town in the 2010 - 2011 season, the dangerous Forward has got 3 league goals in the A-League 2019 - 2020 season so far in 15 appearances.

While we have made these predictions for Wellington Phoenix v Melbourne City for this match preview with the best of intentions, no profits are guaranteed. Always gamble responsibly, and with what you can afford to lose. Best of luck.