Return to this page a few days before the scheduled game when this expired prediction will be updated with our full preview and tips for the next match between these teams.
Full-Time Result Prediction for Yokohama FC vs Kashiwa Reysol
Draw

We’ve got the feeling that Kashiwa Reysol and Yokohama FC could well cancel each other out, with goals at a real premium. It will be interesting to see how this one goes, and it’s not easy to pick a clear winner. We’re therefore predicting a very close game with a 0-0 score by the conclusion of this game. For all of our match predictions, pre-game poll and statistics for Yokohama FC v Kashiwa Reysol, scroll down (including the best match odds).

Their past results show that Kashiwa Reysol:

Analysis of their past results shows that Yokohama FC: 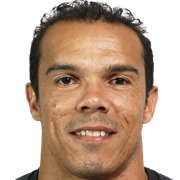 Usually taking to the field in the Right Attacking Midfielder position, Leandro Domingues was born in Vitória da Conquista, Brazil. After having played his first senior match for Vitoria in the 2003 season, the skilful Midfielder has scored 6 league goals in this J2 League 2019 season to date coming from a total of 28 appearances.

While we have made these predictions for Yokohama FC v Kashiwa Reysol for this match preview with the best of intentions, no profits are guaranteed. Always gamble responsibly, and with what you can afford to lose.