Return to this page a few days before the scheduled game when this expired prediction will be updated with our full preview and tips for the next match between these teams.
Union Berlin line up against guests Fortuna Dusseldorf at Stadion An der Alten Försterei in the Bundesliga fixture on Saturday. View all of the Union Berlin v Fortuna Dusseldorf predictions, poll and stats below - along with the latest match odds.

Union Berlin will be looking for an improved result here after the 4-0 Bundesliga loss in their previous game against Hoffenheim. In that game, Union Berlin had 41% possession and 6 attempts on goal with 2 of them on target. TSG 1899 Hoffenheim got 16 attempts at goal with 8 on target. Ihlas Bebou (11'), Andrej Kramarić (38'), Moanes Dabour (45') and Christoph Baumgartner (68') scored for Hoffenheim.

It’s been all too rare in recent times that Union Berlin have shown defensive steel. The reality is that Union have been scored against in 5 of their previous 6 matches, giving up 11 goals during that time. Despite that, we’ll just have to find out whether that trend shall be maintained in this upcoming match or not.

Coming into this meeting, Union Berlin are undefeated in their last 3 home league matches.

The numbers tell their own story, and Fortuna Dusseldorf have been scored against in 6 of their last 6 games, seeing their opponents hit 12 goals in total. At the back, Fortuna can certainly do much better.

Ahead of this clash, Fortuna Dusseldorf haven’t won away from home in the past 4 league games.

A glance at their past head-to-head clashes dating back to 12/12/2015 shows us that Union Berlin have won 2 of these & Fortuna Dusseldorf 3, with the number of draws being 1.

20 goals were scored between the two sides during those clashes, with 11 from Union and 9 for Fortuna. That’s an average goals per game figure of 3.33.

The previous league match between these clubs was Bundesliga 1 match day 17 on 22/12/2019 which finished with the scoreline of Fortuna Dusseldorf 2-1 Union Berlin. That day, Fortuna Dusseldorf had 47% possession and 21 attempts at goal with 8 of them on target. The scorers were Rouwen Hennings (38') and Erik Thommy (90'). Union Berlin got 17 shots on goal with 6 on target. Michael Parensen (48') was the scorer. The match was refereed by Benjamin Cortus.

Union Berlin manager Urs Fischer will be happy not to have any fitness worries at all before this game owing to a fully injury-free squad to choose from.

With a fully healthy squad to pick from, Fortuna Dusseldorf boss Uwe Rösler doesn’t have any fitness concerns to speak of ahead of this clash.

We’re of the opinion that Union Berlin will have to work hard as a team to be putting a goal past this Fortuna Dusseldorf lineup who we think will likely manage to get a goal of their own in a winning performance. We therefore fancy a very competitive game with a 0-1 win for Fortuna Dusseldorf at full-time. Let’s see what happens.

Over/Under 2.5 Goals Prediction for Union Berlin vs Fortuna Dusseldorf
Under 2.5 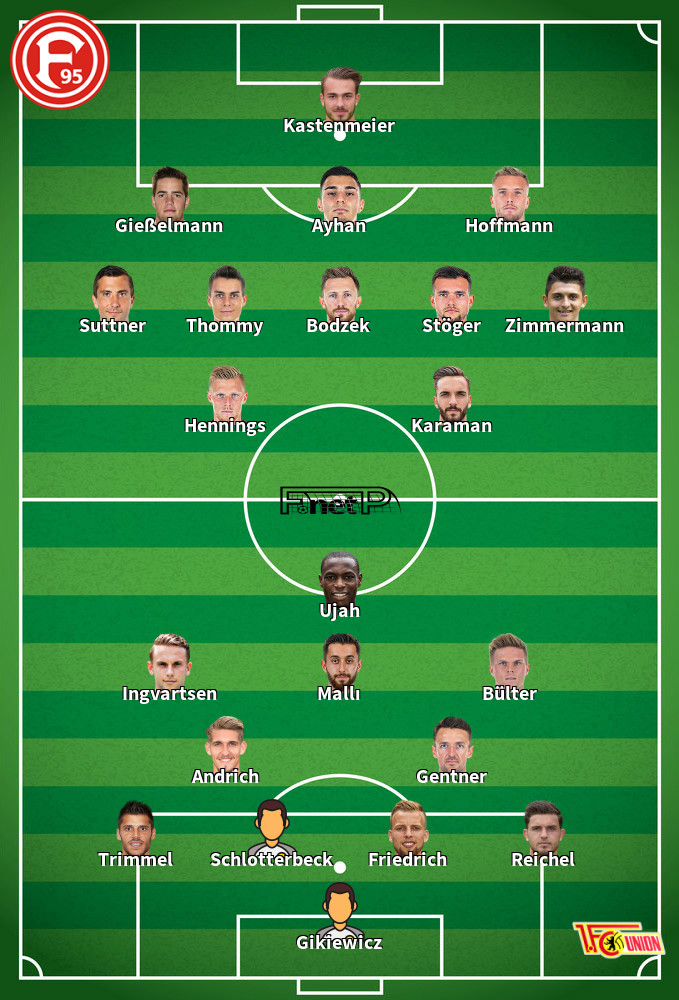 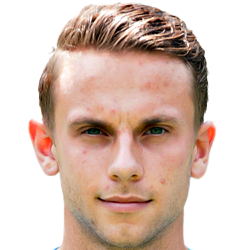 Regularly taking to the field in the Striker position, Marcus Ingvartsen was born in Denmark. After making a first senior appearance for FC Nordsjælland in the 2013 - 2014 season, the accomplished Forward has got 5 league goals in the Bundesliga 1 2019 - 2020 campaign to date in 28 appearances.

We have made these Union Berlin v Fortuna Dusseldorf predictions for this match preview with the best intentions, but no profits are guaranteed. Please always gamble responsibly, only with money that you can afford to lose. Good luck with your selections.