All Hibernian v Aberdeen game predictions, stats and user poll are shown below - as well as up-to-date odds.

Hibernian will be hoping for a better result after the 0-3 Scottish Cup loss in their previous game against Hearts.

Matches with Hibernian have often been exciting ones lately with high scoring being a real hallmark. Over their past 6 clashes alone, the sum total of 23 goals have gone in for both sides combined (at an average of 3.83 goals per game) with 9 of them belonging to Hibernian. That sort of pattern isn’t assured to be carried forward here, of course.

Coming into this fixture, Hibernian are without a win at home for the past 2 matches in the league.

Following on from a loss in their previous game against Darvel in Scottish Cup competition, Aberdeen will be hoping to turn things around here.

Jordan Kirkpatrick (19') was the scorer for Darvel.

It is worth noting that Aberdeen have failed to get amongst the goals in their past six encounters, netting the poor return of only 4. In those fixtures, The Dons have also seen the overall goal aggregate against them equal 10.

Their previous form shows that Aberdeen:

An examination of their most recent head to head meetings dating back to 23/10/2021 shows us that Hibernian have won 2 of them and Aberdeen 3, with the number of draws standing at 1.

A total of 17 goals were scored between them during those clashes, with 7 for The Hibees and 10 being from The Dons. The average goals per game has been 2.83.

The previous league match featuring the two was Premiership match day 14 on 04/11/2022 when it ended Aberdeen 4-1 Hibernian.

At the other end, Hibernian got 17 attempts on goal with 6 on target. Mykola Kukharevych (69') scored.

The match was refereed by David Munro.

With a fully healthy squad available to select from, the Aberdeen manager Jim Goodwin doesn’t have any fitness concerns to speak of before this match.

Looking at these two teams, we feel that Aberdeen should get enough chances to put a goal past this Hibernian lineup, although it is unlikely to be as many as they will have scored against them.

We reckon that it will be a 2-1 advantage for Hibernian when the full-time whistle blows. Definitely a tough call. 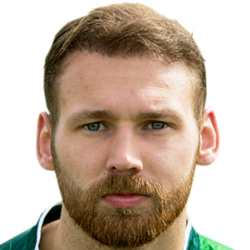 Regularly deployed in the Right Wing position, Martin Boyle was born in Aberdeen, Scotland. Having made his senior debut playing for Montrose in the 2009 - 2010 season, the dangerous Forward has accumulated 5 league goals in this Premiership 2022 - 2023 campaign to date in 12 appearances.

While we have made these predictions for Hibernian v Aberdeen for this match preview with the best of intentions, no profits are guaranteed. Always gamble responsibly, and with what you can afford to lose. Good luck!