This looming Europa League Qualifiers meeting will see Viking FK fighting it out with their opponents Aberdeen on Thursday.

Our predictions, user poll and statistics for Viking FK v Aberdeen can be found here (plus the best game odds).

Viking FK will be hoping for a repeat of their last result, following a 3-5 Eliteserien success against Kristiansund.

De mørkeblå have been finding it hard to keep clean sheets lately, although they’ve also done enough to hit the back of the net themselves. Analysis of their previous 6 games shows that De mørkeblå have conceded in 5 of them while also getting on the scoresheet in 6 of those matches. It will be interesting to see if that trend can be continued on into this next match.

Aberdeen head into the encounter after a 1-0 Premiership win against Kilmarnock in their previous fixture.

The trend of at least one team not scoring a goal in games featuring Aberdeen has become fairly consistent recently. Checking on their last 6 meetings shows that it has happened 5 times. In those clashes, opposing sides have hit a goal tally of 2 while The Dons have scored 11.

Viking FK boss Bjarne Bernsten will be thankful to have no fitness concerns at all before this clash with a completely healthy squad available for selection.

We are of the inclination to think that Aberdeen and Viking FK could well both score and end up finding themselves in a fairly even game here.

It’s looking like it could well end up as a draw. We’re therefore seeing a close game with a 1-1 score when the referee blows the full-time whistle.

Both Teams to Score Prediction for Viking FK vs Aberdeen
Yes 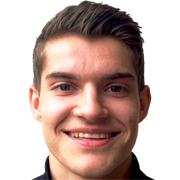 Generally taking to the field in the Striker position, Ylldren Ibrahimaj was born in Arendal, Norway. Having played his first senior match for Viking FK in the 2019 season, the gifted Forward has managed 4 league goals in the Eliteserien 2020 campaign to date in 17 appearances.

We have made these Viking FK v Aberdeen predictions for this match preview with the best intentions, but no profits are guaranteed. Please always gamble responsibly, only with money that you can afford to lose. Good luck if you do place a bet today.