Scroll down to see all of the predictions, poll and statistics for AD Alcorcón v CD Lugo - as well as up-to-date odds.

AD Alcorcón prepare for this fixture after a 1-1 La Liga 2 drawn result vs Albacete.

In that game, AD Alcorcón managed 46% possession and 10 shots on goal with 5 of them on target. The only player on the scoresheet for AD Alcorcón was Fran Sandaza (9'). On the other side, Albacete had 10 attempts at goal with 5 on target. Dani Ojeda (57') was the scorer for Albacete.

It’s been a rare occasion in recent games that AD Alcorcón have managed to hold out for a full 90 minutes. The facts show that Los Alfareros have failed to prevent opponents from scoring in 5 of their previous 6 matches, giving up 7 goals on the way. We will just have to find out if that trend will end up being sustained in this game.

Ahead of this meeting, AD Alcorcón have not been beaten in the league by CD Lugo in their previous 3 matches.

CD Lugo head into the meeting following on from a 3-1 La Liga 2 win with the eclipse of CD Numancia in their most recent fixture.

The stats tell the story, and CD Lugo have been scored against in 5 of their last 6 matches, seeing opposing sides hit 8 goals overall. Defensively, Luguiño just haven’t been too solid at all. It will be interesting to see whether or not that trend will be sustained into this next match.

Their prior results show that CD Lugo:

A look at their prior head-to-head clashes going back to 10/06/2017 tells us that AD Alcorcón have won 3 of these games & CD Lugo 2, with the tally of drawn games being 1.

A total of 14 goals were shared by the two clubs in these games, with 9 for Los Alfareros and 5 being from Luguiño. That’s an average goals per game of 2.33.

The last league encounter featuring these sides was LaLiga2 match day 3 on 01/09/2019 when the final score was CD Lugo 2-4 AD Alcorcón.

AD Alcorcón manager Fran Fernández will be thankful to have no fitness worries to speak of coming into this game with a fully healthy squad available for selection.

Owing to a fully injury-free squad to choose from, CD Lugo manager Curro Torres doesn’t have any fitness concerns at all ahead of this clash.

We’ve got the feeling that CD Lugo must be fancied to get a goal against this AD Alcorcón side, however it realistically won’t be as many as they will have scored against them.

We’re tipping both teams to score in a 2-1 winning score for AD Alcorcón by the conclusion of the game. Let’s see what eventuates. 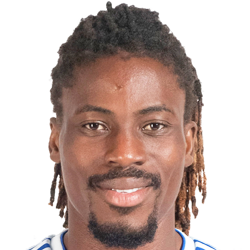 Typically deployed in the Centre Midfield position, Richard Boateng was born in Accra, Ghana. Having made a first senior appearance for Granada CF in the 2013 - 2014 season, the dangerous Midfielder has got 5 league goals in this LaLiga2 2019 - 2020 season so far from a total of 31 appearances.

While we have made these predictions for AD Alcorcón v CD Lugo for this match preview with the best of intentions, no profits are guaranteed. Always gamble responsibly, and with what you can afford to lose.