Adana Demirspor make the trip to Yeni Sivas 4 Eylül Stadyumu on Saturday for the Super Lig clash with hosts Sivasspor.

Sivasspor will be hoping for a repeat of their last result, following a 1-2 Super Lig success over Gaziantep.

In that match, Sivasspor had 32% possession and 13 shots at goal with 8 on target. For Sivasspor, goals were scored by Mustapha Yatabaré (17') and Caner Osmanpaşa (48'). Gaziantep had 11 attempts on goal with 3 on target. Mustafa Eskihellaç (60') scored for Gaziantep.

Matches featuring Sivasspor have proved to be lively affairs of late with high scoring being a common characteristic. Over their past 6 games, the sum total of 22 goals have gone in for both sides combined (at an average of 3.67 goals per game) with 10 of those accredited to Sivasspor. It will be interesting to find out whether or not that trend will be continued on in this game.

In the game prior to this, Adana Demirspor drew 1-1 in the Super Lig match with Giresunspor.

The stats don’t lie, and Adana Demirspor have been scored against in 5 of their last 6 matches, seeing their opponents hit 6 goals in all. Defensively, Adana Demirspor could really do with shoring things up.

Coming into this fixture, Adana Demirspor haven’t won away from home in the past 4 league games.

The last league contest between these clubs was Super Lig match day 2 on 13/08/2022 when it ended Adana Demirspor 3-0 Sivasspor.

At the other end, Sivasspor got 10 attempts at goal with 1 of them on target.

The referee was Mert Güzenge.

Thanks to a completely injury-free group available for selection, the Adana Demirspor manager Vincenzo Montella has zero fitness worries to report coming into this clash. Yusuf Sari cannot play in this game through suspension.

Our assessment is that Adana Demirspor and Sivasspor could both end up scoring in a what should be a good tussle with little between the two teams.

Little in this one, and it’s almost too close to call. We’re therefore tipping a tight encounter, finishing with a 1-1 score draw when all is said and done. 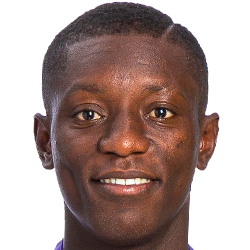 Generally used in the Left Wing position, Max-Alain Gradel was born in Abidjan, Ivory Coast. Having made a first senior appearance for Bournemouth in the 2007 - 2008 season, the accomplished Forward has scored 4 league goals in this Süper Lig 2022 - 2023 season so far in a total of 17 appearances.

We have made these Sivasspor v Adana Demirspor predictions for this match preview with the best intentions, but no profits are guaranteed. Please always gamble responsibly, only with money that you can afford to lose. Best of luck with your selections.