Return to this page a few days before the scheduled game when this expired prediction will be updated with our full preview and tips for the next match between these teams.
Full-Time Result Prediction
👉
AFC Eskilstuna to Win

The Superettan game at Tunavallen on Saturday sees home side AFC Eskilstuna playing Vasalunds IF.

All AFC Eskilstuna v Vasalunds IF match predictions, user poll and stats are shown below (inc. the best betting odds).

AFC Eskilstuna will play in this fixture coming off the back of a 2-2 Superettan drawn game vs Helsingborgs IF.

AFC Eskilstuna have been finding it hard to keep clean sheets lately, although they have also found ways to hit the back of the net themselves. Looking at their last 6 games, AFC Eskilstuna have conceded in 6 of them while also getting on the scoresheet in 6 of those games. That sort of trend isn’t assured to be sustained into this match, however.

Coming into this fixture, AFC Eskilstuna haven't been defeated in their previous 12 home league matches. They have been so resilient here.

After being defeated in their last game at the hands of GIF Sundsvall in Superettan competition, Vasalunds IF and their travelling supporters will be hoping that they can get a better result in this one.

In the course of their six most recent matches, George Mousally's Vasalunds IF have managed to stick the ball in the net a total of 9 times therefore earning them the goals per game average of 1.5.

A look at their previous results shows us that Vasalunds IF:

The last league contest between these clubs was Superettan match day 14 on 31/07/2021 when it ended Vasalunds IF 4-2 AFC Eskilstuna.

The AFC Eskilstuna manager Özcan Melkemichel has zero fitness concerns at all before this match thanks to a completely injury-free squad available to select from.

Thanks to a completely healthy squad available to choose from, the Vasalunds IF boss George Mousally has no fitness concerns whatsoever before this clash.

In this game, Vasalunds IF have the capability to put one past this AFC Eskilstuna side, but it isn’t expected to be enough to prevent defeat.

Our tip is for both teams to score in a 2-1 win for AFC Eskilstuna by the time that the referee blows the final whistle. There shouldn’t be much in it, either way. 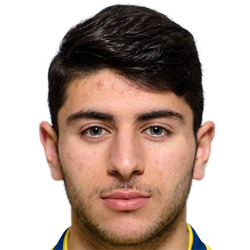 Normally played in the Right Attacking Midfielder position, André Alsanati was born in Sweden. After having made a senior debut playing for AFC Eskilstuna in the 2021 season, the talented Midfielder has managed to score 2 league goals in this Superettan 2021 season so far in 16 appearances.

While we have made these predictions for AFC Eskilstuna v Vasalunds IF for this match preview with the best of intentions, no profits are guaranteed. Always gamble responsibly, and with what you can afford to lose. Best of luck.