Our Chambly Oise v AJ Auxerre tips, poll and stats can be seen in full below (including the best match odds).

Chambly Oise will be looking for an improved result here after a 1-0 Ligue 2 defeat last time out to Clermont Foot.

Mohamed Bayo (61') was the scorer for Clermont Foot.

Matches with Chambly Oise have tended to be engaging affairs lately with plenty of scoring expected. Over their past 6 clashes, a total of 20 goals have gone in for both sides combined (at an average of 3.33 goals per game) with 6 of those accredited to Chambly. We shall soon see if that trend can be continued on here.

In the game prior to this, AJ Auxerre drew 1-1 in the Ligue 2 match with EA Guingamp.

The only scorer from AJ Auxerre was Quentin Bernard (37'). Yannick Gomis (18') was the scorer for EA Guingamp.

The stats tell the story, and AJ Auxerre have been scored against in 5 of their last 6 games, with opponents netting 8 goals in all. Defensively, AJA could really do with shoring things up.

Coming into this contest, AJ Auxerre haven’t won away from home in the past 4 league matches.

The last league encounter featuring the two was Ligue 2 match day 8 on 24/10/2020 which ended up with the score at AJ Auxerre 4-0 Chambly Oise.

The referee was Rémi Landry.

Chambly Oise boss Bruno Luzi will be grateful to have no fitness worries whatsoever ahead of this game with a completely injury-free group available to choose from.

Thanks to a fully healthy squad to pick from, AJ Auxerre manager Jean-Marc Furlan has zero fitness worries to speak of ahead of this game.

We envisage that Chambly Oise will likely be able to breach the defence of this AJ Auxerre lineup, but a single goal likely won’t prevent defeat.

Therefore, we think that it’s going to be a tight encounter finishing with a 1-2 win for AJ Auxerre after 90 minutes. We are expecting it to be pretty even. 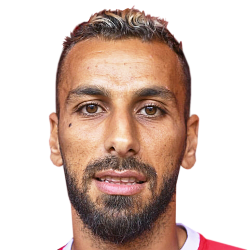 Usually taking up the Striker position, Mehdy Guezoui was born in Lens, France. After having played his first senior match for Valenciennes FC in the 2017 - 2018 season, the gifted Forward has managed 5 league goals in this Ligue 2 2020 - 2021 campaign so far in 17 appearances.

While we have made these predictions for Chambly Oise v AJ Auxerre for this match preview with the best of intentions, no profits are guaranteed. Always gamble responsibly, and with what you can afford to lose.