Albirex Niigata are going up against away side Mito Hollyhock at Denka Big Swan Stadium in this J2 League tie on Sunday.

View all Albirex Niigata v Mito Hollyhock tips, stats and our pre-match poll below including the latest game odds.

Albirex Niigata will be looking for a repeat result of the 1-2 J2 League triumph against Ventforet Kofu.

An interesting feature of more recent Albirex Niigata games is the high number of scores with a nil in them.

From their previous 6 matches leading up to this one, in 5 of them a bet on BTTS would have been a loser. We will have to see if that trend will end up being sustained in this game.

Following on from being beaten in their last game against V-Varen Nagasaki in J2 League competition, Mito Hollyhock and their travelling fans will hope for a better result here.

Clayson (72') was the scorer for V-Varen Nagasaki.

A succession of outstanding displays from the Mito Hollyhock defensive players has seen the number of goals they’ve conceded standing at 4 from their previous 6 fixtures overall. In that period, their own attack force has managed to score 4.

A look at their prior head-to-head clashes dating back to 28/09/2019 shows us that Albirex Niigata have won 4 of these games and Mito Hollyhock 1, with the number of drawn matches standing at 1.

15 goals were yielded between them in these games, with 10 for Albirex and 5 netted by HollyHock. That’s an average goals per game of 2.5.

The previous league fixture between these sides was J2 League match day 18 on 25/05/2022 which finished with the scoreline of Mito Hollyhock 0-3 Albirex Niigata.

The match was refereed by Hirozaku Otsubo.

Almost everyone can be considered, as there’s just the sole fitness concern for the Albirex Niigata manager Rikizo Matsuhashi to be concerned with thanks to an almost full-strength set of players. Ippei Shinozuka (Acromioclavicular Separation) won’t play.

With a completely healthy group to choose from, the Mito Hollyhock boss Tadahiro Akiba does not have any fitness worries to speak of coming into this game.

We’ve got the feeling that Mito Hollyhock are dangerous enough to find the net against this Albirex Niigata lineup, although that might not be as many as the goals that they could concede.

We reckon that it will be a very close game with a 2-1 win for Albirex Niigata when the full-time whistle blows. 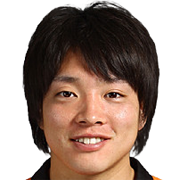 Customarily playing in the position, Yoshiaki Takagi was born in Kanagawa, Japan. Having made his senior debut playing for Tokyo Verdy in the 2010 season, the goalscoring Midfielder has netted 9 league goals in the J2 League 2022 campaign to date from a total of 30 appearances.

We have made these Albirex Niigata v Mito Hollyhock predictions for this match preview with the best intentions, but no profits are guaranteed. Please always gamble responsibly, only with money that you can afford to lose. Best of luck with your selections.