Bromley line up against visiting opponents Aldershot Town at Hayes Lane Stadium in the National League clash on Saturday.

View all Bromley v Aldershot Town tips, stats and our pre-match poll below - plus the latest match odds.

Bromley are hoping to win again after their last result, the 4-1 National League success versus Yeovil Town.

Matches involving Bromley have tended to be engaging affairs recently with a lot of goalmouth action the rule rather than the exception. Over their past 6 clashes alone, a grand total of 20 goals have flown in for both teams combined (at an average of 3.33 goals per game) with 12 of these being chalked up by Bromley.

Their past results show that Bromley:

Aldershot Town will come into the encounter after a 1-2 National League win vs Solihull Moors in their previous fixture.

The only scorer from Aldershot Town was Inih Effiong (14', 16'). Bartosz Cybulski (50') scored for Solihull Moors.

In the course of their 6 most recent matches, Ross McNeilly's Aldershot Town have found the back of the net 6 times therefore giving them the goals per game average of 1.

A study of past results between these clubs stretching back to 13/08/2019 reveals that these fixtures have been miserable for Aldershot Town. They have not been able to get themselves any wins at all while Bromley have simply been better than them, running out winners in 83 per cent of those games where they have faced each other.

An aggregate of 16 goals were shared by the two clubs throughout the course of those matches, with 11 for The Ravens and 5 being from The Shots. That is an average goals per game value of 2.67.

The previous league clash between the two was National League match day 4 on 20/08/2022 which finished with the scoreline of Aldershot Town 0-1 Bromley.

The match was refereed by Elliot Swallow.

There aren’t many personnel worries, with just one fitness concern for the Bromley manager Andy Woodman to be concerned with thanks to an almost full-strength set of players. Reice Charles-Cook (torn tendon) is out of contention.

Thanks to a completely healthy squad available to select from, the Aldershot Town manager Ross McNeilly does not have any fitness concerns to report ahead of this clash.

It looks to us that Bromley look set to fashion enough chances to find the net more than once while possibly not conceding when they meet Aldershot Town, who may well struggle to get a goal of their own.

We therefore think that it’s going to be a pretty comfortable 2-0 margin for Bromley at the conclusion of the game. 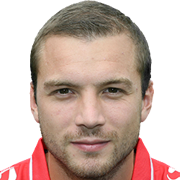 Usually used in the Striker position, Michael Cheek was born in England. After having made a senior debut playing for Braintree Town in the 2015 - 2016 season, the gifted Forward has contributed 5 league goals in this National League 2022 - 2023 season so far in 25 appearances.

While we have made these predictions for Bromley v Aldershot Town for this match preview with the best of intentions, no profits are guaranteed. Always gamble responsibly, and with what you can afford to lose. We wish you the best of luck.