Wrexham will face off against visiting side Aldershot Town at Racecourse Stadium in the National League meeting on Saturday.

Full predictions, pre-match stats and user poll for Wrexham v Aldershot Town are shown on this page (including the best match odds).

Wrexham go into this game coming off the back of a 0-0 National League tied result versus Wealdstone.

Their more recent scorelines reveal that huge efforts have been put in by the Wrexham backline. Wrexham have been miserly, resulting in the total number of goals that have gone past their goalkeeper during their past 6 outings standing at 3. That being said, time will tell whether that trend shall be sustained in this upcoming game.

Going into this game, the form guide shows that Wrexham:

Following on from suffering a loss in their previous game against Maidenhead United in National League competition, Aldershot Town and their fans will hope to get a better result this time.

The only name on the scoresheet from Aldershot Town was Inih Effiong (52'). Remy Clerima (9') and Will De Havilland (19') scored for Maidenhead United.

In a total of 5 of the previous 6 games involving Aldershot Town, three or more goals have been hit. The overall average goals scored per match in that time is 4, with the number of goals averaged by Aldershot Town being 2.

Heading into this fixture, Aldershot Town have not won against Wrexham in away games against them for the last 2 league matches.

If we look at their past head to head meetings stretching back to 21/09/2019, there has been little to separate the clubs with Wrexham winning 3 of those games, Aldershot Town 3 and 0 being draws after 90 minutes of play.

An aggregate of 18 goals were scored between them during those clashes, with 11 from The Dragons and 7 for The Shots. That’s an average goals per game figure of 3.

The last league encounter between the two was National League match day 32 on 26/02/2022 when it ended Wrexham 4-1 Aldershot Town.

The match was refereed by Thomas Kirk.

The Wrexham manager Phil Parkinson has no fitness concerns at all coming into this match with a fully injury-free squad ready to go.

With a completely injury-free squad available to select from, the Aldershot Town manager Terry Brown doesn’t have any fitness worries whatsoever coming into this match.

Looking at these two teams, we feel that Aldershot Town are capable enough to get a goal against this Wrexham side, although it isn’t expected to be enough to avoid a loss.

We reckon that it will be a very close game with a 2-1 win for Wrexham by the conclusion of the game. Could easily see this go either way. 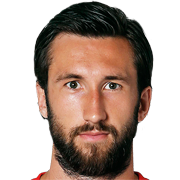 Normally used in the Striker position, Ollie Palmer was born in Epsom, England. After making a first senior appearance for Mansfield Town in the 2013 - 2014 season, the accomplished Forward has struck 11 league goals in the National League 2022 - 2023 season to date from a total of 19 appearances.

We have made these Wrexham v Aldershot Town predictions for this match preview with the best intentions, but no profits are guaranteed. Please always gamble responsibly, only with money that you can afford to lose.