Alessandria line up against guests Brescia at Stadio Giuseppe Moccagatta in the Serie B clash on Saturday.

Scroll down for all of our predictions, poll and stats for the Alessandria v Brescia game - as well as up-to-date odds.

Alessandria head into this match after a 0-0 Serie B draw versus Brescia.

Fixtures involving Alessandria have usually been exciting encounters lately with a lot of goalmouth action being the norm. Over their past 6 games, the sum of 23 goals have gone in for both teams combined (at an average of 3.83 goals per game) with 7 of those being chalked up by Alessandria.

Going into this contest, Alessandria have not won at home in their last 3 matches in the league.

Demonstrating their penchant for fruitful encounters, goals have been scored 22 times in the prior six matches in which Brescia have taken to the pitch, giving a mean average of 3.67 goals per fixture. Opposing teams have managed 7 from this total. That kind of pattern isn’t assured to be sustained into this game, of course.

Going into this contest, Brescia are unbeaten in their last 3 away league matches.

The last league contest featuring these clubs was Serie B match day 3 on 11/09/2021 when it finished Alessandria 0-0 Brescia.

On that day, Alessandria had 46% possession and 1 attempts on goal with 0 of them on target.

Brescia got 2 shots at goal with 1 on target.

Almost everyone can be considered, as there’s just the lone fitness concern for the Alessandria boss Moreno Longo to be concerned about from an otherwise complete group. Simone Sini (Cruciate Ligament Rupture) misses out.

With a fully healthy squad to choose from, the Brescia boss Filippo Inzaghi doesn’t have any fitness worries to report ahead of this match.

We feel that Alessandria might well have a job on their hands to break down this Brescia lineup who we think will end up scoring and staying ahead.

We’re therefore tipping a good battle with a 0-1 winning score for Brescia after 90 minutes. 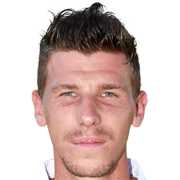 Usually playing in the Striker position, Simone Corazza was born in Latisana, Italy. After making a first senior appearance for Novara in the 2015 - 2016 season, the gifted Forward has got 3 league goals in the Serie B 2021 - 2022 season to date from a total of 2 appearances.

While we have made these predictions for Alessandria v Brescia for this match preview with the best of intentions, no profits are guaranteed. Always gamble responsibly, and with what you can afford to lose. We wish you the best of luck.