Alloa Athletic make the trip to Tynecastle Stadium on Friday for the Championship fixture with home team Hearts.

For all of our match predictions, pre-game poll and statistics for Hearts v Alloa Athletic, scroll down - as well as the best betting odds.

Hearts will play in this match following a 0-0 Championship stalemate against Dunfermline Athletic.

Over their prior six fixtures, Robbie Neilson's Hearts have hit the target a total of 7 times - an average number of goals per match of 1.17.

Since tasting defeat last time out to Arbroath in Championship action, Alloa Athletic and their travelling fans will hope for a better result here.

The only name on the scoresheet from Alloa Athletic was Alan Trouten (64'). Jack Hamilton (59') and David Gold (83') scored for Arbroath.

Alloa Athletic have seen success in front of goal leading up to this encounter, having scored 8 goals in their last 6 matches. This doesn’t mask the fact that The Wasps can also improve defensively after being scored against in 6 of those same matches.

A glance at their past head to head clashes going back to 20/12/2014 shows us that Hearts have won 5 of these and Alloa Athletic 1, with the number of drawn matches standing at 0.

A total of 18 goals were produced between them in this period, with 15 of them for The Jam Tarts and 3 belonging to The Wasps. The average number of goals per game works out to 3.

The last league game featuring these clubs was Championship match day 13 on 16/01/2021 which ended up with the score at Alloa Athletic 1-3 Hearts.

Owing to a completely injury-free squad to choose from, Alloa Athletic manager Peter Grant has zero fitness worries to speak of coming into this game.

We’re thinking that Alloa Athletic have the ability to get a goal against this Hearts team, however it might not quite prevent them from conceding a couple at the other end.

We’re expecting a 2-1 win for Hearts at the end of the 90 minutes. Looking forward to seeing how this one unfolds. 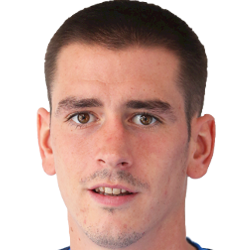 Mostly played in the Central Attacking Midfielder position, Jamie Walker was born in Edinburgh, Scotland. After having played his first senior match for Raith Rovers in the 2011 - 2012 season, the talented Midfielder has struck 6 league goals in the Championship 2020 - 2021 season so far coming from a total of 20 appearances.

We have made these Hearts v Alloa Athletic predictions for this match preview with the best intentions, but no profits are guaranteed. Please always gamble responsibly, only with money that you can afford to lose. Good luck!