Return to this page a few days before the scheduled game when this expired prediction will be updated with our full preview and tips for the next match between these teams.
Full-Time Result Prediction
👉
Alloa Athletic to Win

Alloa Athletic host the visiting Peterhead at The Indodrill Stadium in this League One match on Saturday.

Our Alloa Athletic v Peterhead predictions, statistics and match poll can be seen below (plus the best game odds).

Alloa Athletic will be hoping to return to winning ways here after a 1-3 League One defeat in their last game at the hands of Cove Rangers.

Alloa Athletic have been on a persistent run of goalscoring form, finding the back of the net in each and every one of their last 6 matches.

They have hit an aggregate of 9 during that period and have conceded a total of 6. That kind of trend won’t necessarily be carried forward here, however.

Coming into this contest, Alloa Athletic haven't won against Peterhead in their last 4 matches in the league.

Peterhead will go into this encounter following on from a 5-0 League One win over Dumbarton in their last outing.

Illustrating their bias toward action-packed encounters, goals have been seen as many as 20 times in the previous six matches in which Peterhead have taken to the pitch, making it an average of 3.33 goals each clash. Opposing teams have managed 10 of these goals.

Coming into this contest, Peterhead are without an away win for the past 5 matches in the league.

A look at their past head-to-head meetings stretching back to 17/03/2012 shows us that Alloa Athletic have won 2 of these & Peterhead 3, with the number of drawn games being 1.

A sum of 15 goals were scored between them during those clashes, with 8 of them for The Wasps and 7 created by The Blue Toon . That is an average goals per game value of 2.5.

The Alloa Athletic boss Barry Ferguson doesn’t have any fitness concerns whatsoever before this match thanks to a completely healthy group ready to go.

We’re inclined to think that Alloa Athletic will probably create enough chances to score more than one against Peterhead, who might well find it difficult to score.

Accordingly, we see a comfortable 2-0 margin for Alloa Athletic at the end of the match. 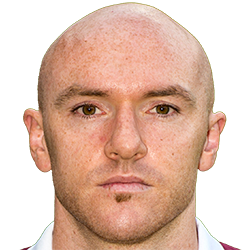 Normally taking to the field in the Striker position, Conor Sammon was born in Dublin, Rep. Ireland. After having made a senior debut playing for Derry City in the 2008 season, the skilful Forward has scored a sum of 3 league goals in the League One 2021 - 2022 season so far in 9 appearances.

We have made these Alloa Athletic v Peterhead predictions for this match preview with the best intentions, but no profits are guaranteed. Please always gamble responsibly, only with money that you can afford to lose. We wish you the best of luck.