The First Division A meeting at Lotto Park on Sunday sees home side RSC Anderlecht go into battle with opponents Antwerp.

To see all of our predictions, user poll & stats for RSC Anderlecht v Antwerp, scroll down - plus the latest betting odds.

RSC Anderlecht, who won their previous game, will hope for a similar result following the 0-1 First Division A success against Seraing.

Brian Riemer's RSC Anderlecht have netted a sum total of 6 times over their last 6 outings. The tally of goals that they have conceded in those same games is 8.

Looking at their past form shows that RSC Anderlecht:

Antwerp will come into the meeting after a 4-1 First Division A win against Standard Liège in their most recent match.

Showing their fondness for productive matches, we’ve seen goals 21 times in the prior six matches in which Antwerp have played, yielding a mean average of 3.5 goals for each fixture. Opposing teams have managed 6 from this total. That trend isn’t assured to follow through into this game, though.

Ahead of this clash, Antwerp have not won against RSC Anderlecht in games played away from home for the previous 2 matches in the league.

Looking over their most recent head to head meetings stretching back to 23/05/2021 shows that RSC Anderlecht have won 3 of these and Antwerp 2, with the number of draws being 1.

A combined sum of 13 goals were yielded between them throughout the course of those matches, with 8 of them from Paars-wit and 5 netted by The Great Old. The average goals per game has been 2.17.

The last league match between these sides was First Division A match day 16 on 06/11/2022 when it finished Antwerp 0-0 RSC Anderlecht.

Marco Kana (Toe Injury) and Hannes Delcroix (Knee Injury) will not be able to play for RSC Anderlecht gaffer Brian Riemer. Kristian Arnstad is ineligible for this match because of suspension.

Looking at these two teams, we feel that Antwerp and RSC Anderlecht could find scoring goals difficult here.

At this stage, it appears to have the makings of a possible draw. We’re therefore anticipating a 0-0 draw at full-time. 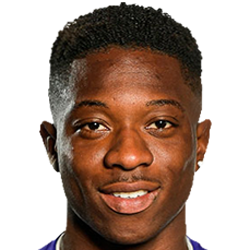 Mostly deployed in the Right Wing position, Francis Amuzu was born in Belgium. After having played his first senior match for RSC Anderlecht in the 2017 - 2018 season, the accomplished Forward has netted 3 league goals in this Pro League 2022 - 2023 campaign to date in a total of 21 appearances.

We have made these RSC Anderlecht v Antwerp predictions for this match preview with the best intentions, but no profits are guaranteed. Please always gamble responsibly, only with money that you can afford to lose.