Antwerp will be at Stade Le Canonnier on Monday for the First Division A game with home team Royal Excel Mouscron.

View all Royal Excel Mouscron v Antwerp tips, stats and our pre-match poll below - as well as up-to-date odds.

Royal Excel Mouscron go into this match after a 1-1 First Division A drawn game vs Charleroi.

It has been all too rare in recent games where Royal Excel Mouscron have kept a clean sheet. In fact, Mouscron have been scored against in 5 of their previous 6 clashes, shipping 10 goals during that time.

Heading into this contest, Royal Excel Mouscron haven't lost in the league to Antwerp in their last 2 matches.

Since a loss in their previous game against RSC Anderlecht in First Division A competition, Antwerp and their fans will hope to get a better result this time.

Showing their bias toward action-packed encounters, the back of the net has been hit 22 times in the previous six matches in which Antwerp have taken to the pitch, making it a mean average of 3.67 goals for each meeting. Opposing teams have got 13 of those goals. Such a trend might not follow through into this match, however.

Looking at their most recent head to head clashes dating back to 29/10/2017 tells us that Royal Excel Mouscron have won 1 of these games & Antwerp 3, with the number of draws being 2.

A total of 15 goals were scored between the two sides in this period, with 7 of them for Mouscron and 8 created by The Great Old. The average number of goals per game works out to 2.5.

The previous league contest between the two was First Division A match day 1 on 08/08/2020 when it ended Antwerp 1-1 Royal Excel Mouscron.

Antwerp boss Franky Vercauteren has a number of players out of action. Matheus (Calf Injury), Faris Haroun (Calf Injury) and Sander Coopman (Cruciate Ligament Rupture) are not ready for selection.

When taking everything into account, Royal Excel Mouscron will need to apply a lot of pressure to score goals against this Antwerp outfit who will likely score at least once to gain the upper hand.

We therefore fancy a narrow 0-1 win for Antwerp at full-time. 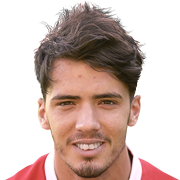 Typically used in the Centre Midfield position, Marko Bakić was born in Montenegro. After having played his first senior match for Torino in the 2012 - 2013 season, the goalscoring Midfielder has accumulated 2 league goals in this First Division A 2020 - 2021 season to date in 22 appearances.

While we have made these predictions for Royal Excel Mouscron v Antwerp for this match preview with the best of intentions, no profits are guaranteed. Always gamble responsibly, and with what you can afford to lose. We wish you the best of luck.