Return to this page a few days before the scheduled game when this expired prediction will be updated with our full preview and tips for the next match between these teams.
Full-Time Result Prediction
👉
Greenock Morton to Win

For all of our match predictions, pre-game poll and statistics for Greenock Morton v Arbroath, scroll down - along with the latest match odds.

Greenock Morton will be hoping to return to winning ways here following a 5-0 Scottish Cup defeat last time out to Celtic.

Going into this one, Greenock Morton haven't beaten Arbroath in their last 10 league games.

Following on from being defeated in their last game at the hands of Motherwell in Scottish Cup action, Arbroath will be aiming to make amends here.

Showing their fondness for productive matches, the back of the net has been hit 24 times in the last 6 games in which Arbroath have sent out their troops, yielding a mean average of 4 goals for each clash. Their opponents have got 15 of those goals. We will just have to see if that trend can be sustained here.

Taking a look at their past results, Arbroath:

A glance at their prior head to head meetings stretching back to 02/10/2021 tells us that Greenock Morton have won 0 of these games & Arbroath 3, with the number of drawn results being 3.

An aggregate of 15 goals were produced between them during those clashes, with 5 from The Ton and 10 created by The Red Lichties. The average goals per game has been 2.5.

The last league clash featuring these sides was Championship match day 17 on 03/12/2022 when it ended Arbroath 1-1 Greenock Morton.

The Greenock Morton boss Dougie Imrie doesn’t have any fitness worries whatsoever ahead of this game owing to a fully healthy group to choose from.

Owing to an otherwise available group, there is only the lone fitness issue for the Arbroath gaffer Dick Campbell to be concerned about. Dylan Tait (Knee Injury) won’t be in action.

We’re inclined to think that Arbroath are certainly able to get a goal against this Greenock Morton team, although it isn’t expected to be enough to prevent defeat.

We are anticipating a tight encounter finishing with a 2-1 winning score for Greenock Morton after 90 minutes. Let’s see what happens here. 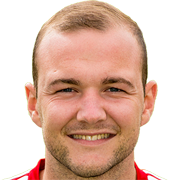 Usually playing in the Central Defensive Midfielder position, Grant Gillespie was born in Bellshill, Scotland. After having made a senior debut playing for Hamilton Academical in the 2007 - 2008 season, the skilful Midfielder has netted 5 league goals in the Championship 2022 - 2023 season to date in a total of 19 appearances.

While we have made these predictions for Greenock Morton v Arbroath for this match preview with the best of intentions, no profits are guaranteed. Always gamble responsibly, and with what you can afford to lose. Best of luck.