Return to this page a few days before the scheduled game when this expired prediction will be updated with our full preview and tips for the next match between these teams.
Full-Time Result Prediction
👉
Arouca to Win

Scroll down to see all of the predictions, poll and statistics for Arouca v Boavista - along with the latest match odds.

Arouca prepare for this game after a 1-1 Primeira Liga stalemate against Gil Vicente.

In their prior six games, Armando Evangelista's Arouca have hit the target 7 times resulting in an average number of goals per match equal to 1.17.

Going into this contest, Arouca haven't beaten Boavista in their last 3 league matches.

Since a loss in their previous game against Famalicão in Primeira Liga competition, Boavista and their travelling supporters will be hoping that they can get a better result in this one.

The stats don’t lie, and Boavista have been scored against in 5 of their last 6 games, letting opponents get 15 goals in total. At the back, Boavista have not been doing too well.

Looking at their prior head to head meetings dating back to 04/01/2015 shows us that Arouca have won 1 of these games and Boavista 3, with the tally of drawn results standing at 2.

A sum of 14 goals were produced between them in this period, with 5 of them for Arouca and 9 created by As Panteras. The average goals per game has been 2.33.

The previous league clash between these clubs was Primeira Liga match day 18 on 21/01/2017 when the final score was Arouca 1-2 Boavista.

That time, Arouca managed 65% possession and 9 attempts at goal with 3 of them on target. Their only player to score was Tómané (7').

For their opponents, Boavista got 6 shots on goal with 5 of them on target. Idrissa Mandiang (11') and Iuri Medeiros (61') scored.

The match was refereed by Hugo Miguel.

The Arouca boss Armando Evangelista does not have any fitness concerns to speak of ahead of this match thanks to a fully injury-free group to choose from.

Owing to a fully healthy squad to pick from, the Boavista boss João Pedro Sousa does not have any fitness worries to speak of coming into this match.

We believe that Boavista should have enough to find the net against this Arouca outfit, however that probably won’t quite be enough to avoid defeat.

We think that it’s going to be a 2-1 victory for Arouca by the time that the referee blows the final whistle. Should be a good one. 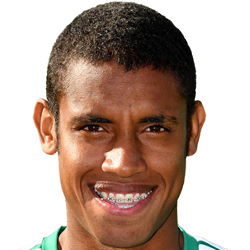 Mostly deployed in the Striker position, André Silva was born in Brazil. After having played his first senior match for Rio Ave in the 2018 - 2019 season, the talented Forward has accumulated 2 league goals in the Liga Portugal 2021 - 2022 campaign to date coming from a total of 10 appearances.

We have made these Arouca v Boavista predictions for this match preview with the best intentions, but no profits are guaranteed. Please always gamble responsibly, only with money that you can afford to lose. Good luck if you do place a bet today.