To see all of our predictions, user poll & stats for Arsenal de Sarandí v Atlético Tucumán, scroll down - as well as the best betting odds.

Arsenal de Sarandí go into this match after a 0-0 Superliga stalemate against Defensa y Justicia.

In their preceding six games, Leonardo Madelón's Arsenal de Sarandí have seen rewards for their attempts on goal a combined total of 5 times, with that being an average number of goals scored per match equal to 0.83.

Atlético Tucumán go into this encounter following on from a 2-0 Superliga win vs Newell´s Old Boys in their previous fixture.

A tendency of at least one team not managing to score in games involving Atlético Tucumán has been fairly consistent of late. Looking at their last six games shows that it’s happened 6 times. During those clashes, their opponents have managed a goal total of 0 while Atlético Tucumán have scored 8. Previous results aside, it remains to be seen if that trend shall persist here in this match.

Coming into this meeting, Atlético Tucumán are unbeaten in their previous 5 away league matches.

Looking at past results between these clubs stretching back to 12/09/2016 tells us that these encounters have not been good ones for Arsenal de Sarandí. They have not managed to get themselves any victories at all while Atlético Tucumán have been the better of the two, running out winners in 67 per cent of those matches.

A combined total of 13 goals were shared by the two clubs during those clashes, with 4 from Los del Viaducto and 9 belonging to El Decano. That is an average goals per game value of 2.17.

The last league clash between these sides was Superliga match day 10 on 04/09/2021 when it ended Atlético Tucumán 0-0 Arsenal de Sarandí.

In that game, Atlético Tucumán had 59% possession and 16 shots at goal with 3 of them on target.

Arsenal de Sarandí got 6 shots at goal with 1 of them on target.

The Arsenal de Sarandí manager Leonardo Madelón has no fitness concerns at all coming into this clash thanks to a completely injury-free squad available for selection.

Due to a fully injury-free group ready to go, the Atlético Tucumán boss Lucas Pusineri doesn’t have any fitness concerns to speak of before this game.

Atlético Tucumán and Arsenal de Sarandí could well both score and end up finding themselves in a fairly even game here.

Let’s see how it plays out, but a draw is looking likely to us. Our tip is therefore for a very even match with a 1-1 draw at the end of the match. 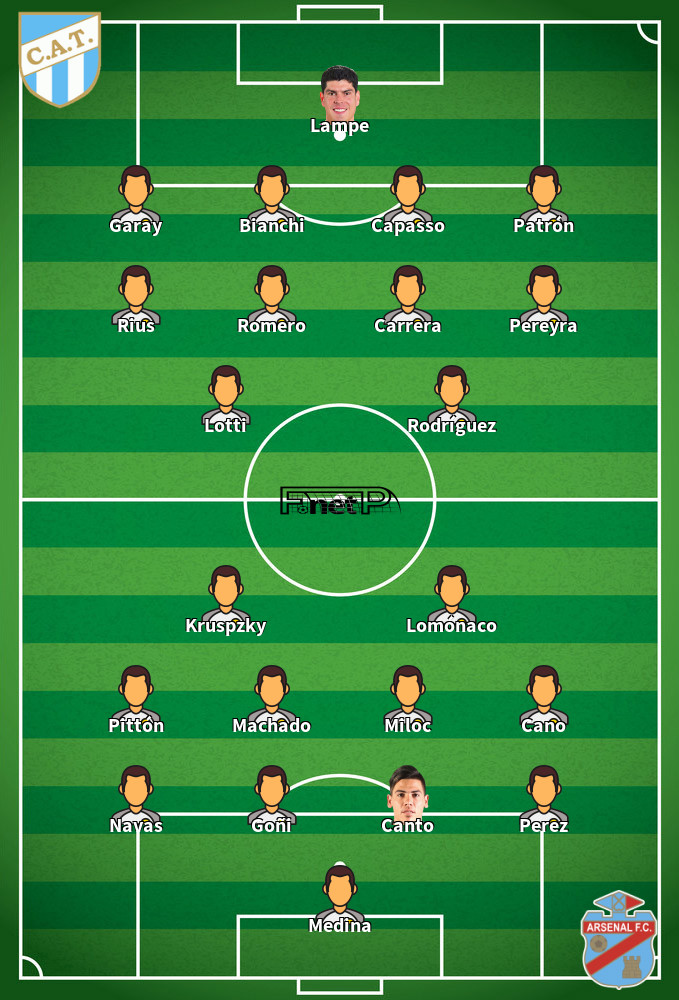 Regularly deployed in the Central Attacking Midfielder position, Facundo Kruspzky was born in Argentina. Having made a first senior appearance for Arsenal de Sarandí in the 2021 season, the skilful Midfielder has scored a sum of 3 league goals in this Superliga 2022 campaign to date from a total of 11 appearances.

We have made these Arsenal de Sarandí v Atlético Tucumán predictions for this match preview with the best intentions, but no profits are guaranteed. Please always gamble responsibly, only with money that you can afford to lose. Best of luck.