Return to this page a few days before the scheduled game when this expired prediction will be updated with our full preview and tips for the next match between these teams.
The Premier League meeting at Rostov Arena on Saturday sees hosts FC Rostov up against Arsenal Tula. Our FC Rostov v Arsenal Tula predictions, statistics and match poll can be seen below - as well as the best betting odds.

Fixtures involving FC Rostov have usually been lively affairs of late with plenty of scoring anticipated. Over their past half dozen clashes, the sum total of 27 goals have been scored for both teams combined (at an average of 4.5 goals per game) with 10 of those being chalked up by Rostov. That sort of pattern won’t necessarily be carried forward here, though.

Going into this encounter, FC Rostov have not lost a league tie with Arsenal Tula in their previous 5 games.

Following on from a losing effort in their last game against Spartak Moscow in Premier League action, Arsenal Tula and their travelling fans will hope for a better result here. For Arsenal Tula, the goals were scored by Yevgeni Lutsenko (94') and Daniil Lesovoy (99'). Aleksandr Sobolev (44'), Nikolai Rasskazov (66') and Ezequiel Ponce (79') scored for Spartak Moscow.

In the course of their six latest matches, Igor Cherevchenko's Arsenal Tula have found the net a total of 9 times - earning them a goals per game average of 1.5.

Analysis of their past results shows that Arsenal Tula:

Checking on their prior head-to-head clashes stretching back to 06/05/2017 shows us that FC Rostov have won 2 of these games & Arsenal Tula 1, with the tally of drawn games being 3.

15 goals were shared by the two clubs during those clashes, with 8 of them from Rostov and 7 created by Pryaniki. That’s an average goals per game of 2.5.

The previous league encounter featuring the two was Premier League match day 3 on 28/07/2019 when the final score was Arsenal Tula 2-3 FC Rostov. The referee was Aleksei Matyunin.

FC Rostov manager Valery Karpin will be grateful to have no fitness worries whatsoever before this game with a fully injury-free group available to choose from.

Thanks to a completely healthy squad available to choose from, Arsenal Tula manager Igor Cherevchenko does not have any fitness concerns at all ahead of this game. Sergey Tkachev will not be able to play in this game through being suspended.

We believe that FC Rostov have it within them to stay in control for long periods of time and should be able to convert a few of the chances that they create. However, Arsenal Tula may well find it hard to find the back of the net although we do reckon that they could well end up hitting back at some stage. Our tip is for a decent 3-1 winning score for FC Rostov at full-time. 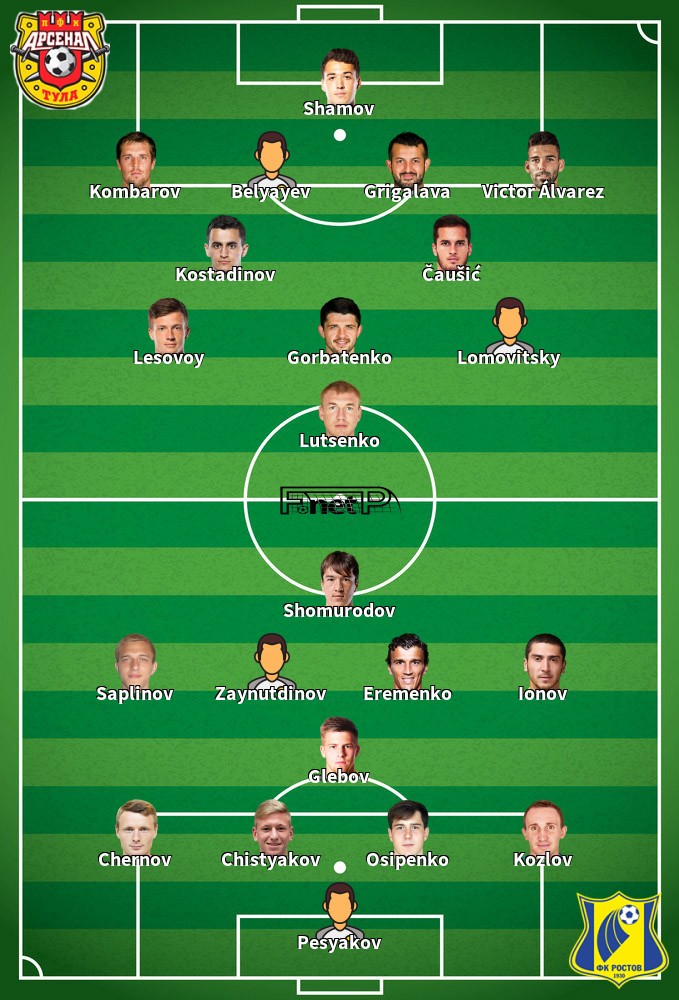 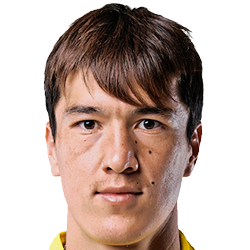 Mostly used in the Striker position, Eldor Shomurodov was born in Uzbekistan. After having played his first senior match for FC Rostov in the 2017 - 2018 season, the goalscoring Forward has accumulated 11 league goals in this Premier League 2019 - 2020 campaign so far in a total of 22 appearances.

While we have made these predictions for FC Rostov v Arsenal Tula for this match preview with the best of intentions, no profits are guaranteed. Always gamble responsibly, and with what you can afford to lose. Good luck!