This Rodez v AS Nancy Lorraine live stream video is set for 05/05/2021. Football fans can watch this game on a live streaming service should the game be featured in the schedule provided above. Here we provide you with useful info for watching this Ligue 2 match that includes the most recent guide to form, head to head clashes and our match views.

To watch this game via other methods, look up broadcasters’ schedules relating to your local region. Such broadcasting deals are generally distributed on a per-competition/league or even per-match basis. For games shown live on regional tv programmes, check the listings on the likes of BT Sport, Amazon Prime Video, Sky Sports, Now TV, iTV, Canal+, Fox Soccer, ESPN that are relevant for your current location.

After the match finishes, we might also provide a link to highlights from time to time. We are not responsible for the transmission of any match video content linked to from this site. All legal issues must be directed to the hosters/owners of the content.

Rodez will be hosting the visiting AS Nancy Lorraine at Stade Paul-Lignon in this Ligue 2 game on Saturday.

All Rodez v AS Nancy Lorraine game predictions, stats and user poll are shown below (including the best match odds).

Rodez will play in this game following on from a 1-1 Ligue 2 tied result against Niort.

In that game, Rodez had 46% possession and 10 attempts on goal with 5 on target. The scorer for Rodez was Pierre Bardy (9'). Niort got 13 shots at goal with 5 of them on target. Bradley Matufueni M'bondo (39') scored for Niort.

It’s been seldom in recent times where Rodez have shown defensive steel. In fact, Rodez have been scored against in 6 of their previous 6 matches, letting in 8 goals during that time. Let’s see whether or not that trend will end up being sustained in this game.

Taking a look at their past results, Rodez:

Since suffering a loss in their previous game against Valenciennes FC in Ligue 2 action, AS Nancy Lorraine and their travelling supporters will be hoping that they can get a better result in this one.

Jean-Louis Garcia's AS Nancy Lorraine have found the back of the net a total of 7 times throughout their latest 6 matches. The number of goals that have been scored against them during those same clashes equals 11.

Coming into this clash, AS Nancy Lorraine are without an away win for the past 3 matches in the league.

Rodez boss Laurent Peyrelade does not have any fitness worries at all coming into this clash with a completely healthy squad to choose from.

Due to a completely injury-free squad available to choose from, AS Nancy Lorraine boss Jean-Louis Garcia does not have any fitness concerns whatsoever before this clash.

We believe that AS Nancy Lorraine have enough to breach the defence of this Rodez side, however that probably won’t be enough to avoid a loss.

We’re tipping a 2-1 victory for Rodez at the end of this one. Hopefully this is a good one. 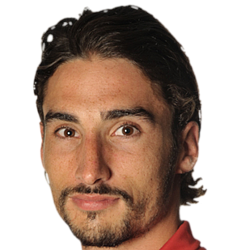 Typically played in the Striker position, Ugo Bonnet was born in Montpellier, France. After having played his first senior match for Rodez in the 2019 - 2020 season, the gifted Forward has scored 7 league goals in this Ligue 2 2020 - 2021 season to date from a total of 35 appearances.

We have made these Rodez v AS Nancy Lorraine predictions for this match preview with the best intentions, but no profits are guaranteed. Please always gamble responsibly, only with money that you can afford to lose. Good luck with your selections.

⚽️ Where can I find the predictions for other Ligue 2 matches?

View all of our upcoming (and previous) Ligue 2 predictions & previews here.