Return to this page a few days before the scheduled game when this expired prediction will be updated with our full preview and tips for the next match between these teams.
Full-Time Result Prediction for Asteras Tripolis vs Panionios
Asteras Tripolis to Win
The Super League game at Theodoros Kolokotronis Stadium on Thursday sees hosts Asteras Tripolis up against Panionios.

We believe that Asteras Tripolis should dominate possession and create several successful chances. However, Panionios won’t find it easy to get a goal of their own but we do think that it’s more than likely that they will be pulling one back during this clash, too. We can therefore see a fairly comfortable 3-1 winning score for Asteras Tripolis at the conclusion of the game. Our full set of predictions, statistics and match poll for Asteras Tripolis v Panionios can be seen below (plus the best game odds).

A look at their previous results shows us that Asteras Tripolis: 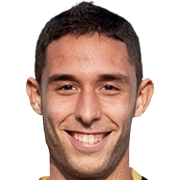 Mostly playing in the Left Attacking Midfielder position, Marc Fernández was born in Corbera de Llobregat, Spain. After making a first senior appearance for FC Cartagena in the 2011 - 2012 season, the skilful Midfielder has accumulated 4 league goals in this Super League 2019 - 2020 season so far in 16 appearances.

While we have made these predictions for Asteras Tripolis v Panionios for this match preview with the best of intentions, no profits are guaranteed. Always gamble responsibly, and with what you can afford to lose. Good luck if you do place a bet today.